Norwich’s search for their first Premier League win of the season continues after they fell to a 3-1 defeat to Ogenekaro Etebo’s Watford at Carrow Road on Saturday.

Teemu Pukki cancelled out Super Eagles forward Emmanuel Dennis’ opener in the first half, but Ismaila Sarr sealed Watford’s second Premier League win of the season with a close-range finish shortly after the hour mark and another in the 82nd minute. 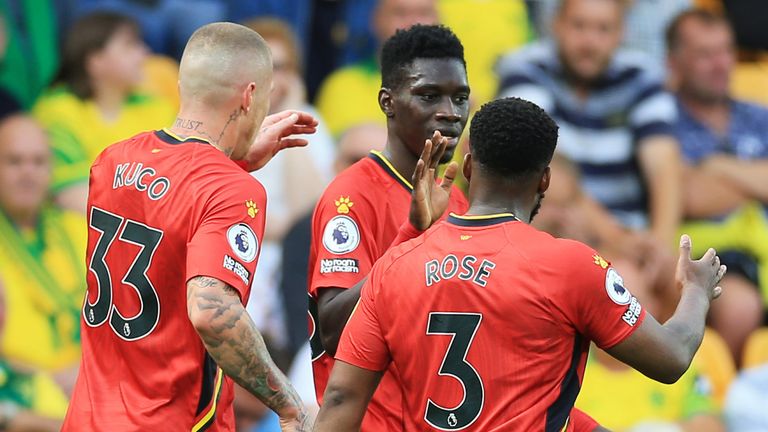 The result means Watford move up into 10th on six points. For Norwich, they remain in 20th without a point.

Onyeka stars for 22 minutes as Brentford down Wolves