Following their 1-0 win at Stamford Bridge earlier this season, Man City are looking to secure the Premier League double over Chelsea for the fourth time, previously doing so in 2009-10, 2015-16 and 2017-18.

Chelsea won this exact fixture 2-1 last season, last winning consecutive away league games against Man City during a run of four between 2005 and 2008.

This will be the 50th Premier League meeting between Man City and Chelsea; City won just three of their first 25 against Chelsea (D4 L18) but have since won 12 of the last 24 (D3 L9).

This is just the second ever Premier League meeting between Manchester City and Chelsea as the top two sides in the division. The other came in January 2015, with second placed City earning a 1-1 draw at league leaders Chelsea.

After beating Liverpool 4-0 in July 2020, and Chelsea 1-0 earlier this season, Manchester City are looking to become the fourth English club to win three consecutive meetings with reigning European champions in all competitions, after Notts County (1982), Tottenham Hotspur (1983-84) and Everton (1984-85).

Manchester City have won their last 11 Premier League games, their fifth such run of 11+ consecutive victories in the competition. Three of their previous four such runs have been ended in a home match – 1-2 vs West Ham in September 2015, 2-2 vs Spurs in August 2019 and 0-2 vs Man Utd in March 2021.

Chelsea have lost just one of their last 15 Premier League games (W8 D6), going down 3-2 at West Ham in December. However, the Blues have picked up just one win from their last five league games (D4), throwing away a lead in two of those four draws. 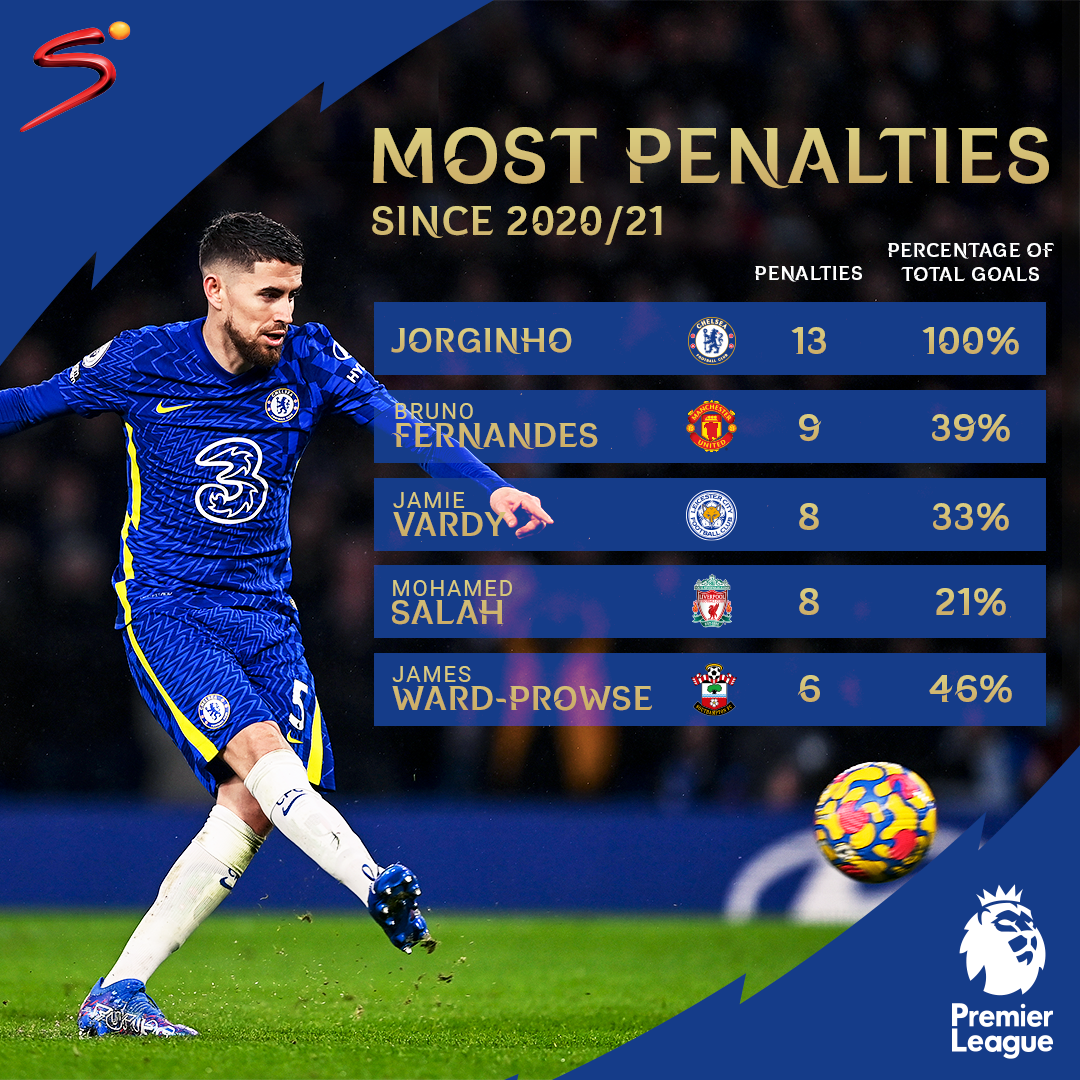 Man City’s Raheem Sterling has scored 49 Premier League goals at the Etihad Stadium, and could become the second player to reach 50 at the venue in the competition after Sergio Agüero (106).

Since the start of last season, no Chelsea player has scored more Premier League goals than Jorginho, with all 13 of the Italian’s strikes in that time coming from the penalty spot.