By Akeem Lawal  Last updated Dec 3, 2019 0
The fifth edition of the Asisat Oshoala Football4girls scheduled to hold at the Campos Mini Stadium from 4th to 24th December, 2019 will be sponsored by sports philanthropist Rev. mother Esther Ajayi. 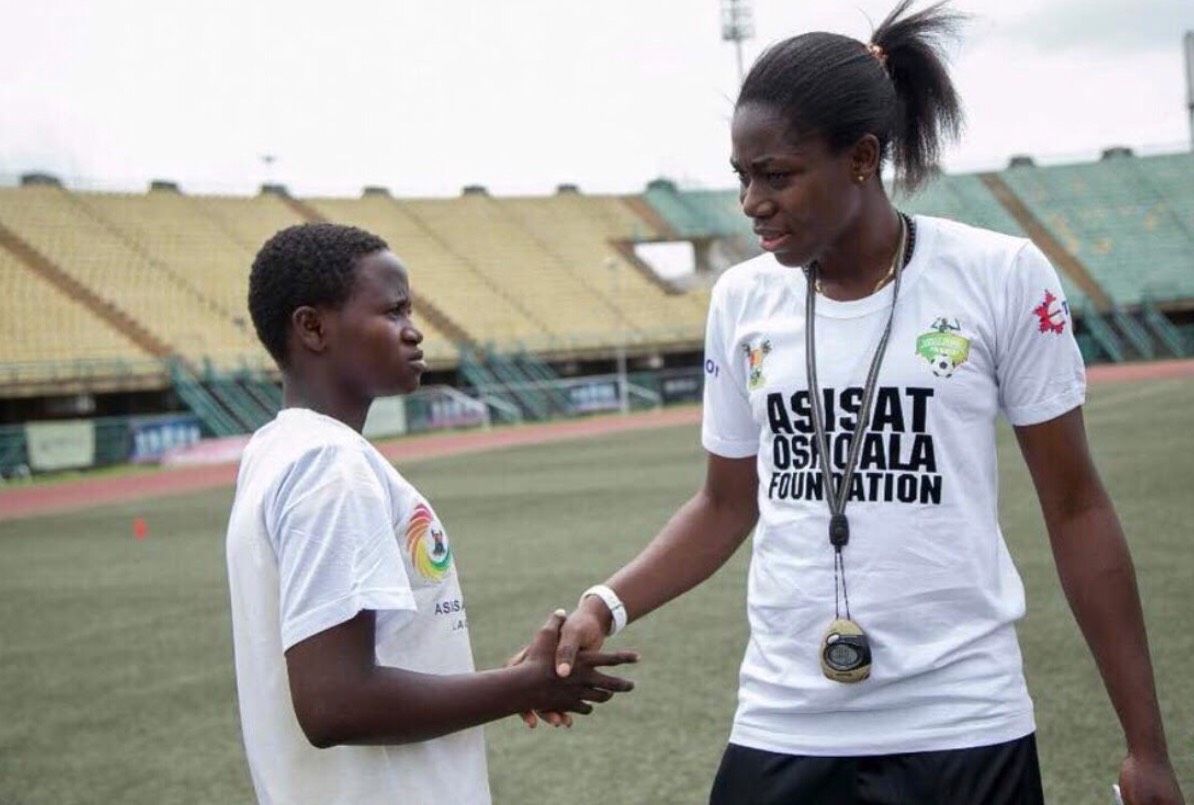 The Asisat Oshoala Youth Foundation, a brainchild of three-time African Women Footballer of the Year, Asisat Oshoala, is a non-profit organization committed to improve the physical, social and intellectual development of the girl-child through education and sports.
During the Football4girls Clinic, the Barcelona and Super Falcons captain will train 5000 girls the basics of football during the football camp.
Sportinglife.ng reports that over 500 girls have already confirmed participation from Benin Republic, Ghana, Kenya and South Africa.
Three outstanding winners will get a cash prize plus an opportunity to study and play abroad.

The Asisat Oshoala football4girls Africa project is sanctioned by the Nigeria Football Federation, the Lagos State Sports Commission and the Lagos State Football Association.
The foundation has also partnered with Blaugrana Sports, the official licensee of Barca Lagos Academy for technical support ahead of the 2019 football clinic for girls in Lagos.
Loading...
Asisat Oshoalalatest football newsLatest Football News in Nigeriasportinglife.ngSuper Falcons