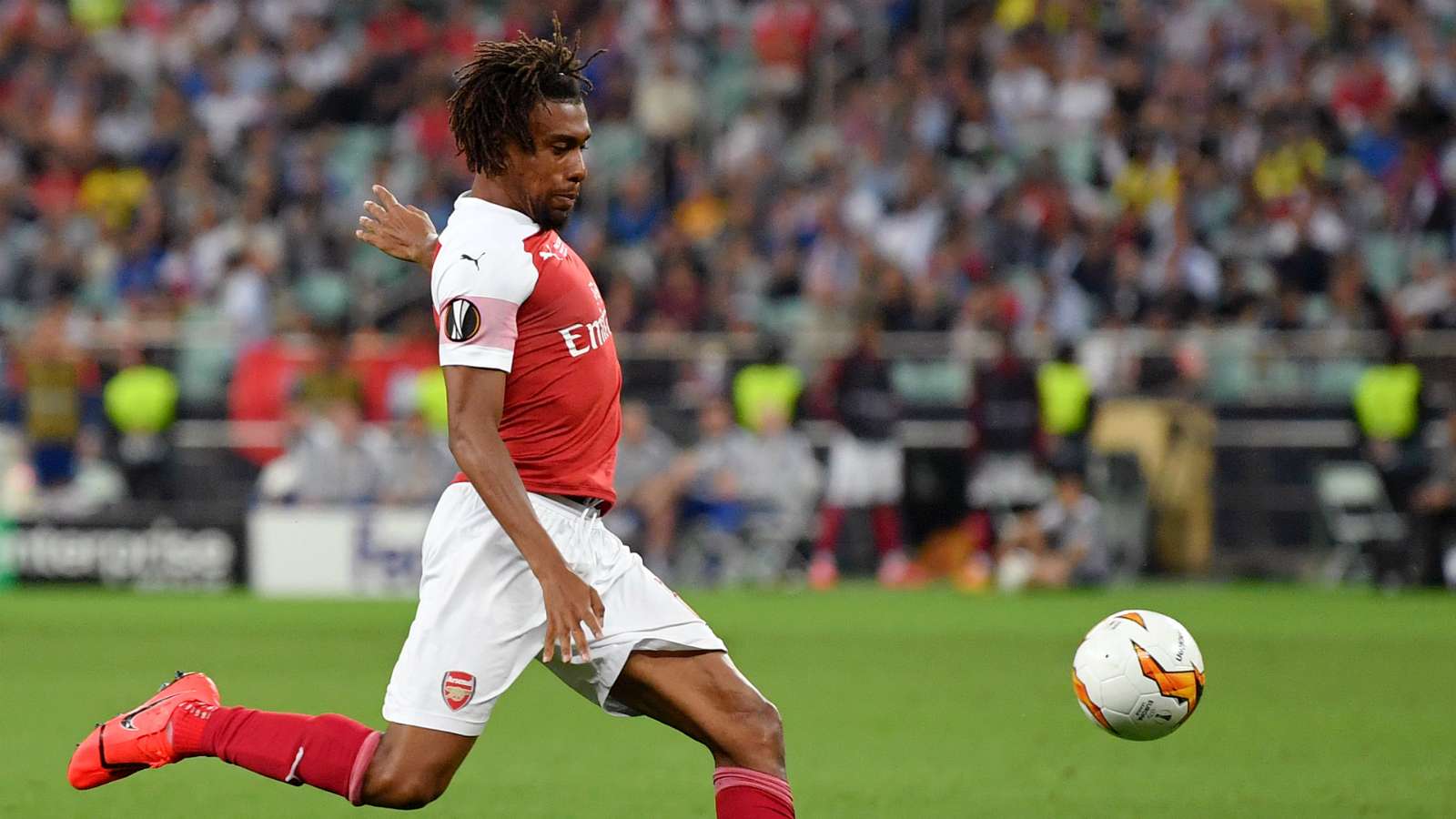 Nigeria international and Super Eagles forward, Alex Iwobi has been given an excellent mark after Wednesday’s Europa League final against Chelsea.

The players rating which has become the talking point confirmed the sterling performances of the Eagles forward who came on as a substitute and scored the only goal for the Gunners.

While the likes of Pierre-Emerick Aubameyang, Alexandre Lacazette, Mesut Ozil and Lucas Torreira were rated w 5, 5, 4, & 5 points respectively, the 23-year-old Nigeria got a rating of 7 which was the highest for an Arsenal player.

After a goalless first half at the Olympic Stadium, the Blues started the second 45 minutes on a flying note with Olivier Giroud breaking the deadlock in the 49th minute before

Pedro and Eden Hazard stretched the lead in the 60th and 65th-minute respectively.

With Unai Emery’s side trailing 3-0, Iwobi was brought on for Lucas Torreira in the 67th minute. Two minutes later, he justified his introduction with a stunning effort from outside of the penalty area.

See the players rating for Chelsea and Arsenal below.

Unconvincing in the early stages and perhaps fortunate not to concede a penalty when he appeared to clip Alexandre Lacazette. However, settled into the game and made a fine late save to deny Lacazette.

Made a crucial intervention when he headed clear in the first half and prevented Arsenal from threatening much down his flank. Another solid performance from the experienced right-back.

Dealt well with Arsenal’s front two of Alexandre Lacazette and Pierre-Emerick Aubameyang and was also strong in the air. There have been questions about Luiz defensively but against arguably the best attack in this season’s Europa League he was excellent.

Like Luiz, Christensen was solid in defence and made a fantastic block to deny Aubameyang late in the game. He should be an important player for Chelsea in the future.

One of Chelsea’s brightest players in the first half as he drove froward and tested Petr Cech with a well-struck shot from inside the box. He then provided the assist for Giroud to score the opening goal after half-time.

Another controlled performance from Jorginho, who finished with an 89 per cent pass accuracy and helped string things together for Chelsea.

Passed fit to start after being rated as “50-50” by Maurizio Sarri the day before the game due to a knee injury, Kante helped Chelsea win the midfield battle, particularly in the second half when they surged clear.

Chosen ahead of Ross Barkley and enjoyed one of his better games in a Chelsea shirt, especially in the second half. Will it be enough for the Real Madrid loanee to secure a longer-term stay at Stamford Bridge?

Quiet in the first half but proved again that he is a player for the big occasion as he scored the crucial second when he swept in from Hazard’s cross. He has now netted in six finals.

If this is his final match for Chelsea then it was the perfect way to bow out. Hazard played a key role as Chelsea seized control of the game in the second half. He set up the second for Pedro before scoring from the penalty spot and then combining with Olivier Giroud to net again. He will be sorely missed by Chelsea if he leaves this summer.

Must have thought he had scored in the 40th minute when Cech made a fine save to keep out his low shot, but did break the deadlock after half-time with a fine header into the bottom corner. He was then fouled for the penalty and produced a fine assist for Hazard to score the fourth goal. Finished as the top scorer in the Europa League with 11 goals.

Introduced in the 71st minute and went close to scoring with a strike that Cech tipped away.

Only came on in the 76th minute and wasn’t able to impact the game.

Came on in the 89th minute.

Any pre-match doubts over Cech’s inclusion in the starting XI were dismissed in the first half as he saved from Emerson and then made a brilliant one-handed stop to deny Giroud. There wasn’t much he could do about any of Chelsea’s four goals and he made a couple of late saves to prevent an even heavier defeat for Arsenal.

Found some space down the left in the first half but struggled defensively after the break as Chelsea raised their level.

He has shown some encouraging signs in his debut season, but Sokratis wasn’t able to cope with Chelsea’s forwards after the break and questions still remain defensively.

Beaten by Giroud for the opening goal and was found wanting in the second half as Chelsea started to find more spaces when they attacked.

Arsenal fans probably won’t want to see too much of Monreal playing in this role as one of three centre-backs. He has been a good player for the Gunners since joining in 2013 but appears better suited to playing at left-back.