Europa League: Inter advance to last 16 behind closed doors due to coronavirus

Inter Milan booked their ticket to the Europa League last 16 on Thursday with a 2-1 win on the night and 4-1 on aggregate over Bulgarian club Ludogorets to deafening silence and a surreal atmosphere behind closed doors of their San Siro Stadium.

The Italian government ordered the game be played in front of an empty stadium because of the spread of coronavirus, which has particularly hit the northern Lombardy region of which Milan is the capital.

Italy has the largest coronavirus outbreak in Europe with 650 people infected and 17 deaths.

The game was closed to the public and journalists with only broadcasters allowed into the 80,000-seater San Siro.

“The public is a fundamental component of football, without the audience emotions are diminished.

“But the protection of citizens must be safeguarded. We accept, albeit reluctantly, these decisions.”

Despite their concerns, the reigning eight-time Bulgarian league winners went ahead of 26 minutes through Brazilian midfielder Cauly Oliveira. 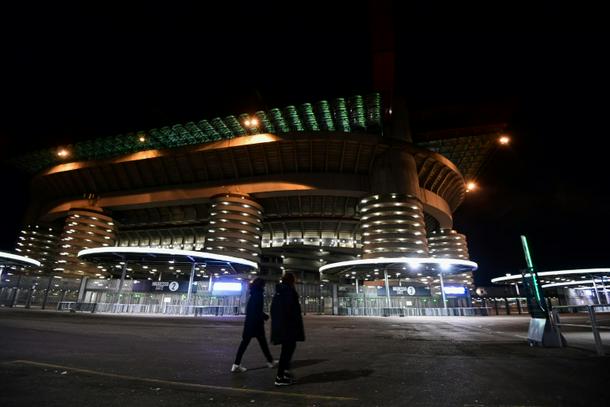 The Belgian striker picked up Alexis Sanchez’s cross but his header bounced off Ludogoret’s goalkeeper, before striking Lukaku’s head as he lay on the ground and into the net.

Inter will also play next Sunday’s Serie A game against title-rivals Juventus behind closed doors at the Allianz Stadium in Turin.