Northern Ireland international, Jonny Evans, who scored a brilliant header in Sunday’s 4-1 win at Aston Villa, believes his side’s determination to be successful has resulted in them becoming the most in-form side in England’s top tier. 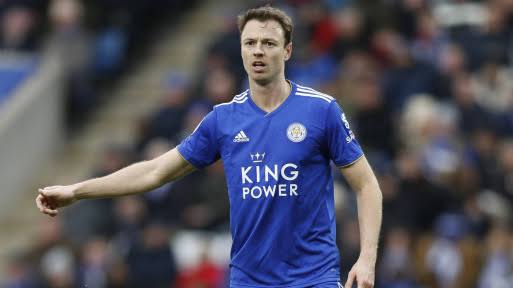 Evans told LCFC TV: “I thought we played really well. We had to ride it out, it was quite a difficult start to the game. The weather was coming down, [there was] wind  [and] rain.

“It was a bit of a battle, a scrappy game, it was probably difficult for the referee, but, I thought once we settled into it and we had some great opportunities on the break and even the first goal on the break, the second one was a great team goal, passing the ball through the lines and a good finish by Kel (Kelechi Iheanacho).

All the goals from the Foxes as they make it eight wins out of eight in the Premier League against Aston Villa.

“I think the last game we lost was Liverpool and we were really, really gutted that day [with] the way it ended at the end of the game.

“I think it gave us a real incentive to come back after that. I think it was just after the international break, so we came back, and we’ve performed tremendously since then.”

Evans nodded in James Maddison’s floated corner just four minutes into the second half to prevent Aston Villa from potentially levelling matters, and he revealed at
the full-time whistle that it is a set-play that has been perfected up at Belvoir Drive.

There was pace on the ball and I knew I didn’t really have to put much into it, so just sort of guided it back across the goal and like I say, thankfully it went in  the top corner.

“We’ve sort of worked on that in training, just me getting back, spinning to the back post Madders’ (James Maddison) going to drill one,” he added.

“To be fair he’s put it on a plate with a fantastic ball and I just had to try and get a good connection on it and thankfully it went in the top corner.

“I was just trying to think ‘get a good contact’. There was pace on the ball and I knew I didn’t really have to put much into it, so just sort of guided it back across  the goal and like I say, thankfully it went in the top corner.”