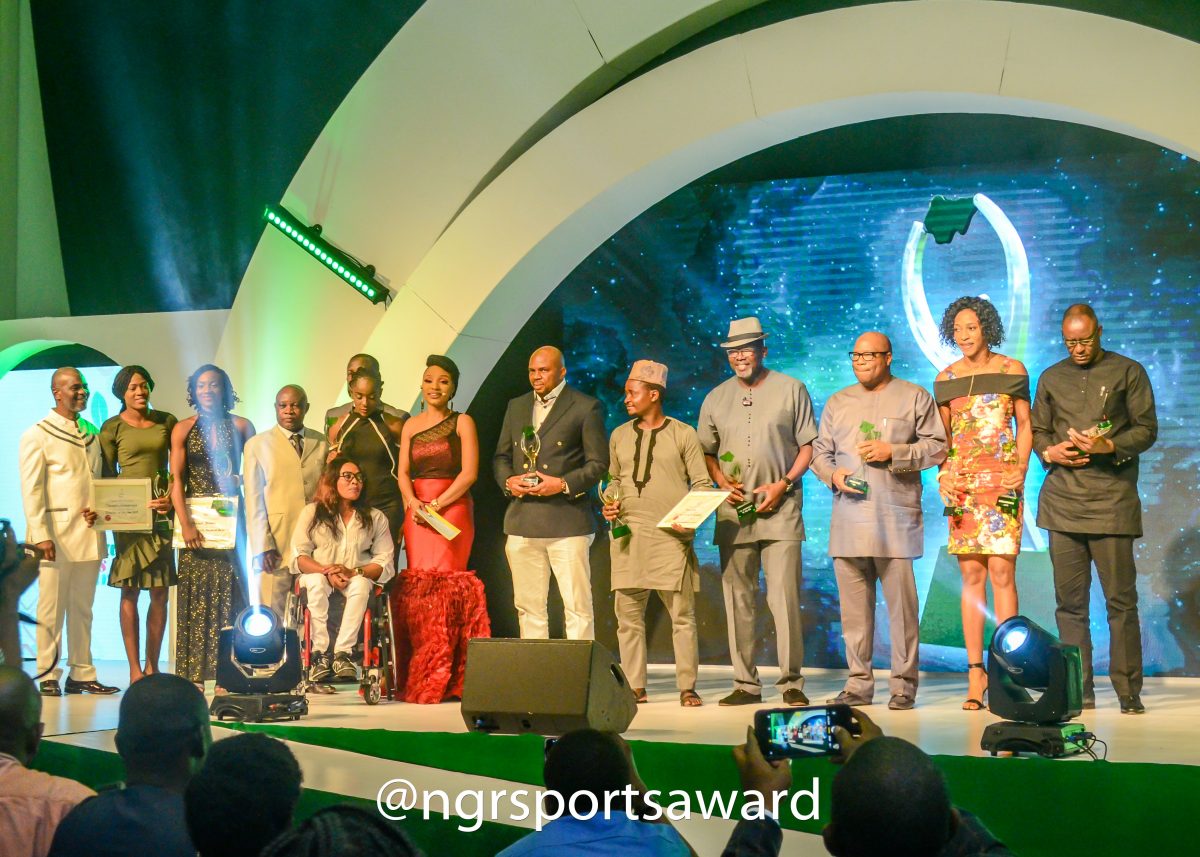 The professional basketball athlete, who plays for the Turkish side Besiktas, stole the show by winning both the Basketball Player of the Year and Sportswoman of the Year categories at the 2018 Nigerian Sports Award held at Eko Hotel and Suites, Victoria Island in Lagos on Friday.

The Lagos-born basketball star posted on her verified instagram handle @evelynakhator13 how she felt about winning the awards. She described her mum as a role model and thanked all her supporters who voted for her.

“Picking up the Basketball player of the year and Sportswoman of the year 2018 @ngrsportsaward was truly amazing for me. Where I am today is down to my role model, my mum who always gave me confidence to go out and conquer. I know she is looking down on me with joy.  Thank you to all my supporters who voted for me,” Akhator said.

It was also a glorious night for the basketball community as the D’ Tigress crowning it all with the Team of the Year award.
The glamorous award gala saw Aruna Quadri crowned the winner of Sportsman of the Year award while  Ahmed Musa emerged the football of the Year.

The seventh edition of the award also saw the River State Governor, Nyesom Wike emerged winner for his unflinching commitment to sports as the Governor of the year.

The President of Badminton Federation of the Year, Mr. Francis Orbih picked up the crown for the Sports Administrator of the Year.

The Racket Sportsperson of the Year award went to ace badminton player Yemisi Olatunji and the track and field star of the year award was won by ace sprinter, Tobiloba Amusan.

For the Team Sports Person of the year, a member of the historic Bobsled team which represented Nigeria at the recently concluded winter Olympics, Seun Adigun emerged the winner.

The Wrestler of the Year went to Odunayo Adekuroye while the Nigerian Para Power-Lifting Coach, Are Feyisetan emerged winner for the Coach of the Year. The Discovery of the Year category was handed to Joy Udoh-Gabriel.

Eagles are back, Onyekuru boasts

Rohr confesses: Percy Tau was too hot for comfort