Everton midfielder Andre Gomes could yet play again this season despite suffering an horrific ankle injury.

The 26-year-old Portuguese is facing a lengthy spell on the sidelines after sustaining a fractured dislocation of his ankle in Sunday’s 1-1 Premier League draw with Tottenham at Goodison Park. 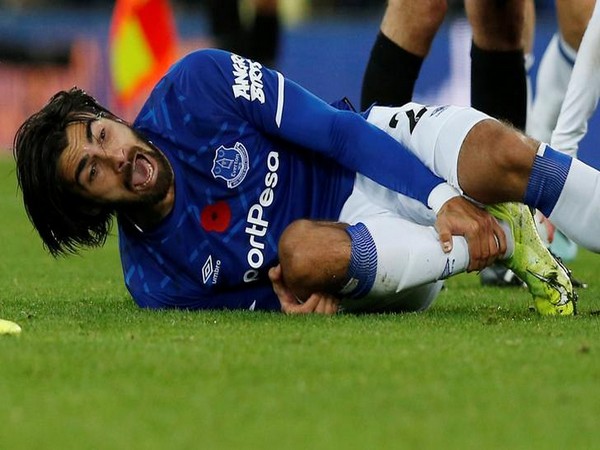 However, manager Marco Silva has not given up hope of having Gomes back at his disposal before the end of the campaign.

Speaking at his pre-match press conference on Thursday afternoon, Silva said: “It’s not easy for us to give a sure date about when he will return. What’s in our mind and the feedback I have from our medical staff is that it’s possible we will see Andre playing again this season

“Of course, when first we saw that moment and it’s a really serious injury, but after the surgery and after all the examinations they did, everything went really well and we hope we can see again Andre playing this season.

“Of course, it’s not something we are 100 per cent sure about, but we have good possibilities to do that.”

Gomes was hurt after a challenge by Spurs striker Son Heung-min which sent him hurtling into full-back Serge Aurier, both of whom were distraught when the outcome became apparent.

Asked if there had been an apology, Silva said: “Yes, I think he received a text message or something like that from Son.

“Of course that was a tougher moment for Andre, for sure, than all the others on the pitch. The toughest moment was for Andre, but of course for the two players who were involved, first Son and after, Aurier, it was really tough as well.

NFF has not sacked Manu Garba as Eaglets’ coach