By Segun Balogun Last updated Sep 12, 2018 0
Nigerian-born and Everton youngster Ademola Lookman will choose to pledge his international future to Nigeria and not England, according to reports.
The British-born winger has represented the Three Lions at under-19, under-20 and under-21 youth levels, as well as helping them to the FIFA U20 World Cup title in 2017 by scoring three goals at the tournament.
Lookman is eligible to play for the Super Eagles through his Nigerian parents but was born in Wandsworth, England. 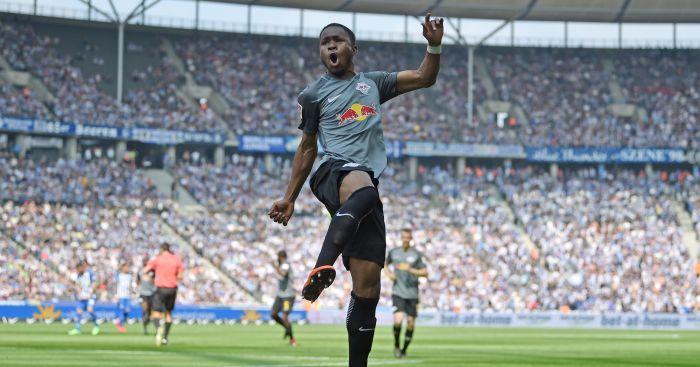 The 20-year-old, who spent last season on loan at Bundesliga side RB Leipzig, has made the decision to change allegiances to Nigeria, according to a report in Pulse Sports.
It is understood he turned down the opportunity to play for Nigeria earlier in 2018 after meeting up with the president of the Nigeria Football Federation (NFF) Amaju Pinnick
However, the report says a source close to the player’s representatives claim Lookman’s stance has now changed.
“An announcement will be made soon, I’m close to his management and they have confirmed that he has made the decision,” the source said.
EnglandEvertonLookmannffNigeria