The football fraternity in Nigeria was thrown into mourning on Tuesday night following the brutal murder of retired player, Christian Jacob. 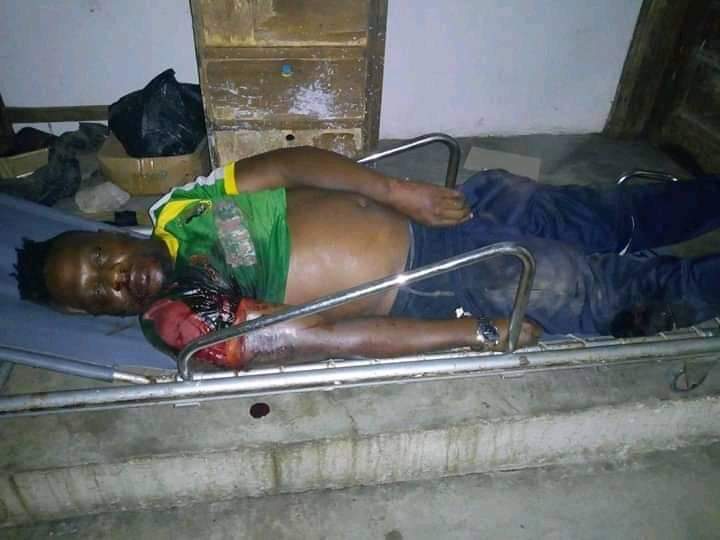 Jacob who was nicknamed ‘nkita ara’ during his playing days because of his combative and tireless style of play was shot dead by unknown gunmen in Aba on Tuesday and left in a pool of his blood.

The assailants also robbed him of his phone during the incident which happened close to his family house beside NTA channel 6 premises at Aba.

The picture of his blood soaked remains which was deposited at the morgue on Tuesday night indicated that Jacob was wearing a Kano Pillars’ Jersey when he was killed.

The late Jacob who was a fast winger during his playing days came into prominence plying his trade for Iwuanyanwu Nationale which is known today as Heartland FC and Enyimba between the late 90s and early 2000. He also played in Maldova for FC Sheriff before hanging his boots.

Beckham banned from driving over mobile phone use