Youth international Mustapha Abdullahi is still basking in the glory of winning the 2019 Bulgarian Cup final with Lokomotiv Plovdiv, describing the achievement along with his compatriot, Stephen Eze as ‘milestone in my career.’ 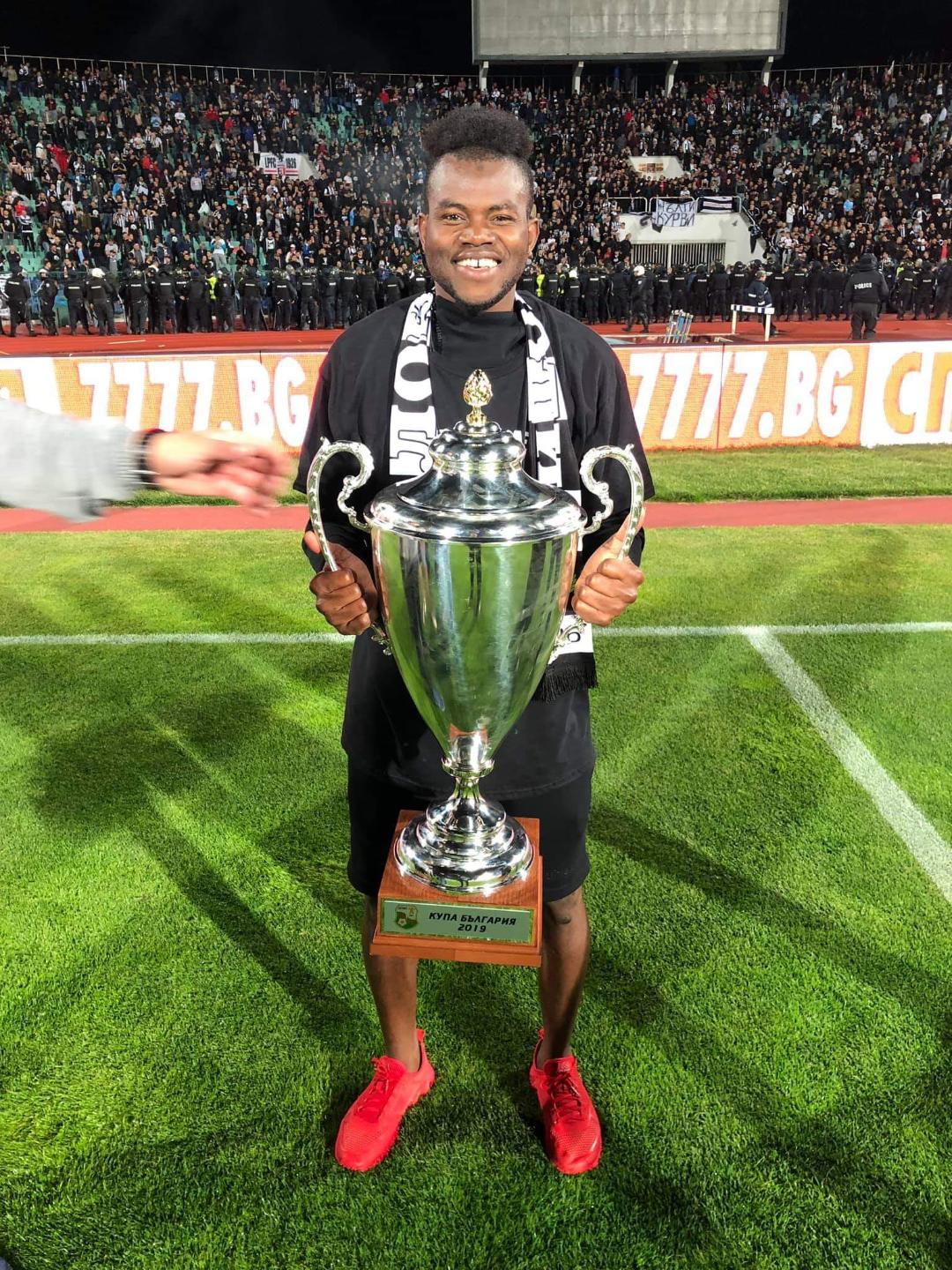 During the week, Lokomotiv Plovdiv clinched their first Bulgarian Cup following a 1-0 winner over arch city rivals Botev Plovdiv in a thrilling final held at Levski National Stadium in Sofia.

Abdullahi said the subsequent motorcade parade of the cup along with his teammates on the streets of Bulgaria capital is a memory that would stay with him forever.

“I’m just too happy to be part of this glory with my club; and winning the Bulgarian Cup would always be one of the best moments of my career,” Abdullahi who won the CAF U-20 AFCON with the Flying Eagles in 2015 said matter-of-factly.

Speaking further, the 23-year-old who was largely injured for most part of the season, said he practically turned himself to a one-man cheer gang for his club, adding his joy knew no bound when Lokomotiv Plovdiv finally grabbed their Holy Grail.

“We won the Bulgarian Cup for the first time in a special way by beating Botev Plovdiv, “affirmed who joined the Bulgarian First Professional Football League in February 2018.

“Matches between Lokomotiv Plovdiv and Botev Plovdiv are big derby here in Bulgaria and we have had some close contests this year.

“ We (Lokomotiv Plovdiv) beat them (Botev Plovdiv) on their home ground in the league championship at their home ground while they also beat us 2-0 on our home ground; but we have the last laugh by beating them 1-0 to win the Bulgarian Cup for the first time and I’m happy to be part of this.”

The fleet left-footer is contracted to Lokomotiv Plovdiv till June 2021 after he was signed from Wikki Tourists on a two-and-a-half-year deal and he believes success in the Bulgarian Cup is a good omen for his career.

“This is just the beginning and we have qualified for the Europa Cup with the victory in the Bulgarian Cup; I can’t wait to play in Europe,” he said.