Ex-Inter president predicts what Barca will do with Messi, Martinez

With no actual action in La Liga, the potential transfer activity of the big teams has been a focus for a lot of attention. 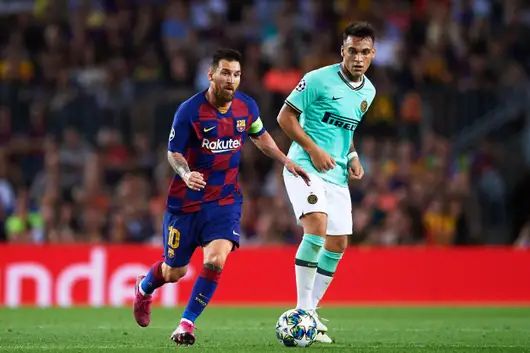 Both Barcelona and Real Madrid have massive bloated squads now after several seasons of bad signings, and both are hoping to afford a couple of stars by shifting serious dead-weight.

When it comes to the Blaugrana, their transfer activity is so much in the public domain that even ex-Inter president Massimo Moratti is piping up about what he thinks they will do.

He addressed the rumours of a potentially unhappy Leo Messi’s move to his old club – he shot that one down.

But he did add that a player might go the other way – hot property striker Lautaro Martinez, from Messi’s home country, is being lined up as the little genius’ new striker partner at the Nou Camp.

Moratti didn’t confirm that the talented striker was certain to go, only that Barcelona are making “exorbitant offers for him,” and accordingly that it would be the forward’s decision if he wanted to leave.

We think, if Barcelona can summon up the money, there’s a good chance Martinez makes the switch this summer.

Dennis explains why he performed Ronaldo’s celebration at Real Madrid