Hakeem Olajuwon slapped teammate Vernon Maxwell at halftime of an NBA game? Maxwell lobbed a chair at the future Hall of Famer in retaliation? Police rushed in with guns drawn?

As Maxwell told former All-Star Gilbert Arenas on the ‘No Chill’ podcast, the incident took place in Seattle when he and ‘the Dream’ were Houston Rockets teammates in the 1990s. 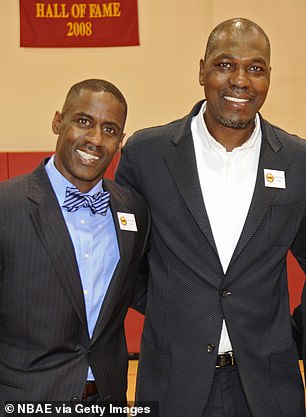 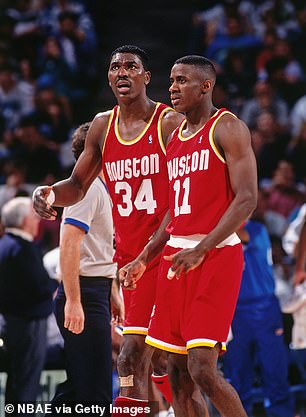 Vernon Maxwell (far left, far right) says he nearly stabbed teammate Hakeem Olajuwon (near left, near right) during a halftime dispute in Seattle in the 1990s 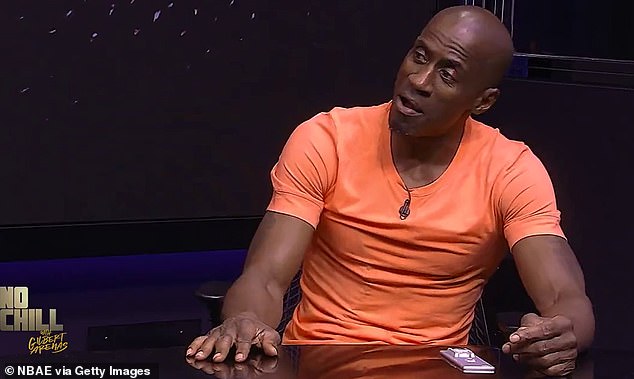 As Maxwell told former All-Star Gilbert Arenas on the ‘No Chill’ podcast, the incident took place in Seattle when he and ‘the Dream’ were Houston Rockets teammates in the 1990s

Maxwell was upset about not seeing the ball for much of the first half and confronted the seven-foot Olajuwon in the tunnel en route to the locker room.

Olajuwon – not yet the basketball icon he would become – did not have much patience for Maxwell, and the seven-footer ultimately responded by slapping his 6-foot-4 teammate across the face. 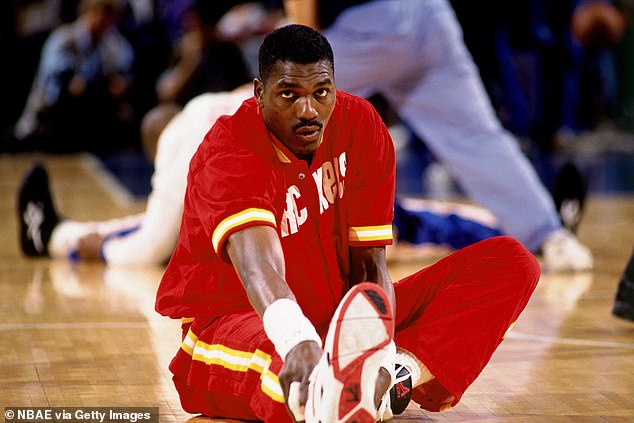 Olajuwon, Maxwell said, changed as a teammate when he recommitted himself to Islam

Maxwell, as anyone familiar with 1990s basketball could have predicted, did not take the insult lying down. Instead, he threw a chair Olajuwon, shattering a pane of glass and drawing a brigade of police into the locker room.

‘I jumped up, grabbed my chair, and throwed it at [that] motherf***er, bust the glass in the locker room.’ Maxwell said. ‘Everybody running out. Police come in with the guns drawn, like ”what the hell goin’ on in here?”

Had the police not entered, Maxwell said, he intended to pick up a shard of glass and ‘chase Dream and stab the s**t out of him.’

Olajuwon, Maxwell said, changed as a teammate when he recommitted himself to Islam later on in his career.

‘After that, [Hakeem] became Muslim,’ Maxwell said. ‘He was so quiet, so humble, so, [he] wanted me to become Muslim. I couldn’t do it. But, he was a great teammate after that.’ 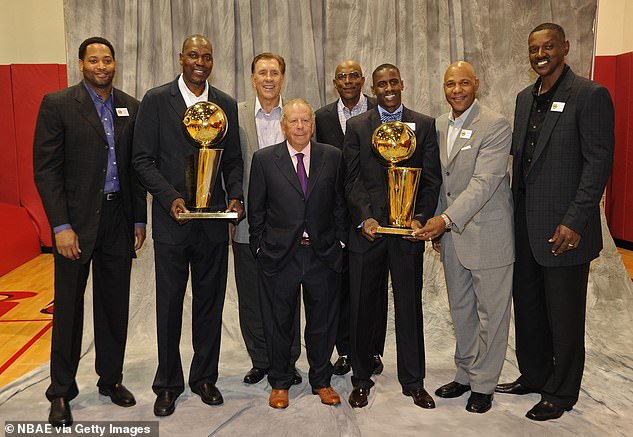 The two would go on to win a pair of NBA titles, while Olajuwon would ultimately get enshrined in Springfield, Massachusetts.

Arenas, of course, is no stranger to locker room tension. The 40-year-old former Washington Wizards star was suspended for the remainder of the 2009-2010 season after pulling an unloaded gun on teammate Javaris Crittenton during a locker room dispute.