*condemns must win at home syndrome

Former Super Eagles ace and Veteran of the Nigerian Professional Football League, Victor Ezeji has lampooned club managers in the country over the dismal outing of Nigerian representatives this season in the CAF Champions league and Confederation Cup respectively. 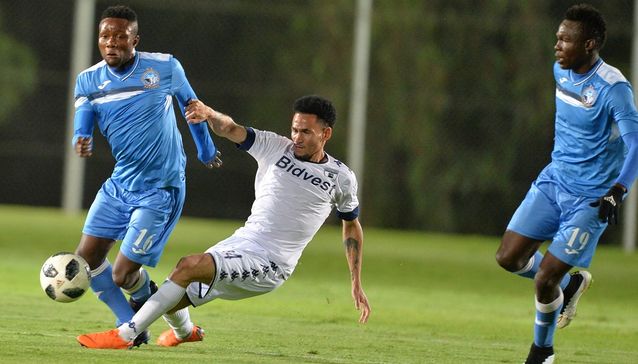 He noted that their erroneous believe that they know it all and not open to advice is having negative influence on the quality of the league, and if not checked will soon reduce Nigerian club sides to mere spectators and not contenders on the continent.

“The club managers just believe they know it all, sometimes they take decisions that produce negative result. Imagine where a club offloads as many as 10 players and recruits 10 new players mid season how will they blend and what kind of result do you expect?, he queried adding that competing on the continent requires hard work and proper planning.

The club managers were however not the only ones that got knocks from the former Sharks and Enyimba ace as the league players were not left out. Players he said must remove the mentality that they cannot win away. A good player and a good team is one that is capable of winning both home and away.

“Win at home syndrome has affected our players’ mentality and that is very bad. They simply believe they can’t win away and that is not the attitude you need to compete on the continent,” he said

Four Nigerian club sides namely Enyimba, MFM, Akwa United and league defending champions Plateau united began the chase for a place in the group stage of the Champions league and Confederation cup but only Enyimba made it to the group stage of the Confederation Cup after playing a 1-1 draw with Bidvest of South Africa away and holding the visitors to a goalless draw at home.

Enyimba who made history winning the CAF Champions league back to back in 2003 and 2004 have been drawn in the Confederation cup group stage against Cara Brazzaville of Congo, Djoliba of Mali, and Williamsville of Cote d Ivoire.

The people’s elephant who have been tipped to put in a good fight, will open their group stage battle with a clash against Djoliba on May 6th, take on Cara Brazzaville on May 16 and Williamsville on July 17.