F1 star has watch stolen at Wembley after Euro 2020 final

Formula One driver Lando Norris had his watch stolen following England’s Euro 2020 final defeat to Italy at Wembley on Sunday.

A statement from the 21-year-old’s McLaren team said: “[We] can confirm that Lando Norris was involved in an incident, after the Euro 2020 final match at Wembley, during which the watch he was wearing was taken.

“Thankfully, Lando was unharmed but he is understandably shaken. The team is supporting Lando and we are sure that racing fans will join us in wishing him all the best for the British Grand Prix this weekend.

“As this is now a police matter we cannot comment further.” 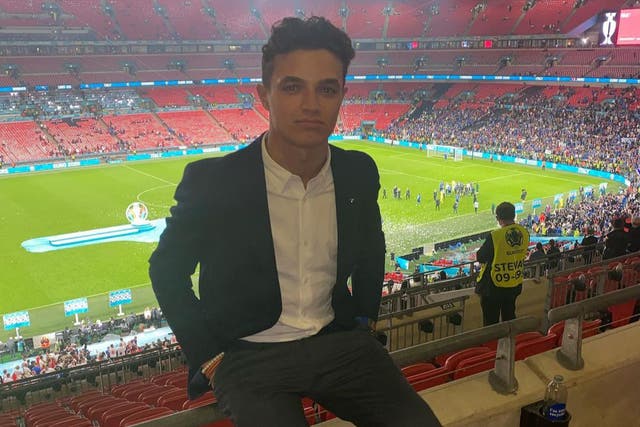 The FA has promised a full review and investigation into what it described as “unprecedented level of public disorder” around the showpiece final at the national stadium.

Thousands of fans flocked to Wembley Way without tickets and a number succeeded in breaching security cordons to enter the stadium illegally, while across the country, police forces reported record numbers of football-related crimes.

C/Palace are in talks to sign Lyon’s Joachim Andersen

C/Palace are in talks to sign Lyon’s Joachim Andersen