Willy Caballero is expected to start in goal ahead of Kepa Arrizabalaga for Chelsea in the FA Cup final against Arsenal amid uncertainty around the Spaniard’s future.

Arrizabalaga was dropped for the last game of the Premier League season against Wolves last weekend and back-up Caballero is set to keep his place at Wembley this afternoon.

N’Golo Kante has given Chelsea a boost after declaring himself fit after a hamstring injury. The French World Cup winner has trained fully this week but it remains to be seen if Lampard feels he is fit enough to start the game.

Wembley specialist Olivier Giroud, who has won 12 of his 13 club appearances at the national stadium and is bidding for his fifth FA Cup winner’s medal, will lead the line. 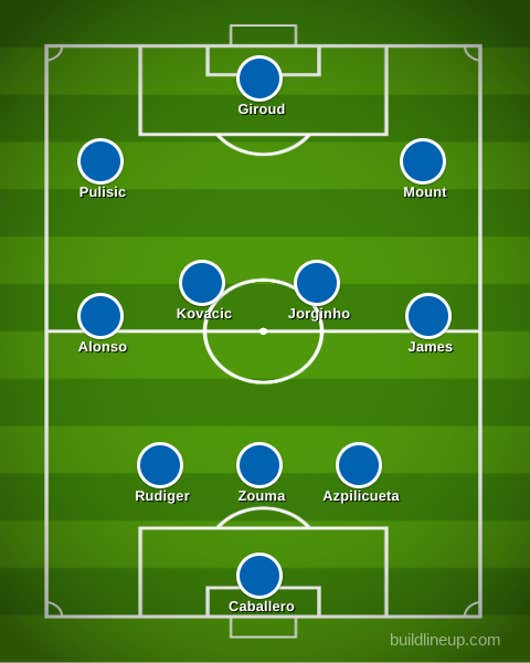 Christian Pulisic has declared himself “100 per cent fit” after a niggling injury in recent weeks. Willian is available after missing the Wolves game but Ruben Loftus-Cheek is out after suffering an injury in training this week.