A last-minute goal from Super Eagles forward  Kelechi Iheanacho sent Leicester into the quarter-finals of the FA Cup.

The Nigerian headed home from close range in the 94th minute, with Brighton reacting slowly to a short corner, and that gave the Foxes victory following a game largely devoid of chances.

Brighton had the better of the first half, but openings were hard to come by. Andi Zeqiri had perhaps the best, but could not hit the target with an acrobatic effort, while Leicester’s forwards were peripheral figures.

Zeqiri did have the ball in the net after the break, but was denied by the offside flag. He finished well after being slipped in by Percy Tau, and the hosts then had a goal of their own ruled out for offside pithing three minutes. Cengiz Under was denied this time, as substitute Kelechi Iheanacho had been offside earlier in the move.

Those disallowed goals meant the game’s first shot on target technically did not arrive until the 83rd minute, when a Zeqiri effort from a tight angle was comfortably saved. 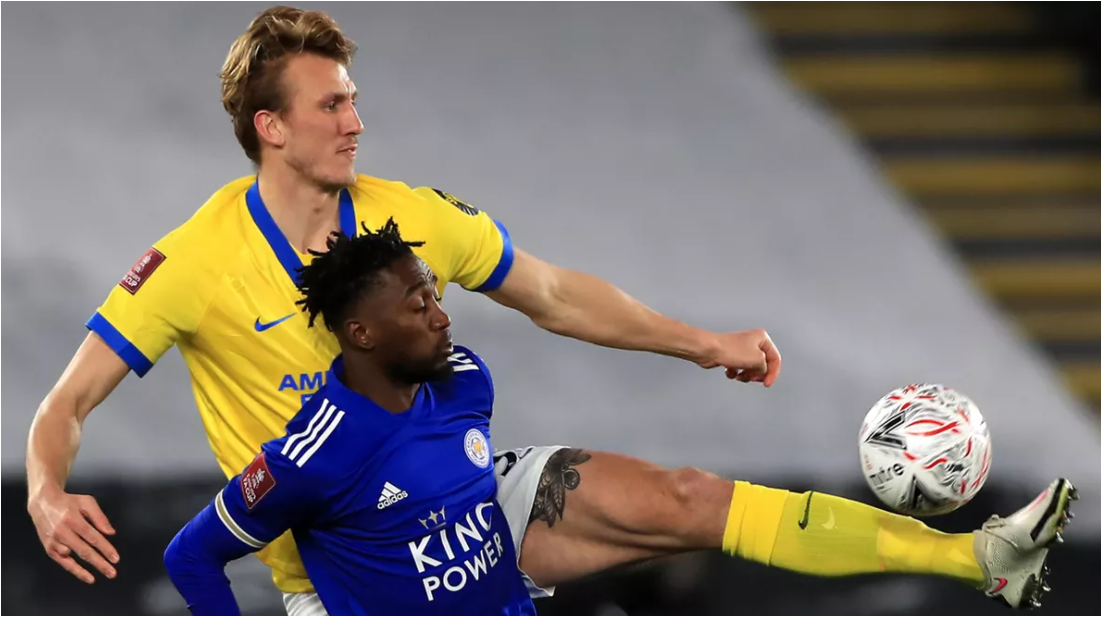 Tau was inches away from converting crosses on a couple of occasions, but for Brighton this was yet another case of playing well without making their dominance count.

Leicester are through to the last eight of the competition for the second season in a row.

Coppa Italia: Osimhen down and out with Napoli