Ukrainian gymnast Oleg Verniaiev said on Tuesday he will miss the Tokyo Olympics due to a failed doping test.

The 2016 Olympics parallel bars champion and all-around silver medallist said on social media that he had tested positive for meldonium, which would disqualify him for four years. 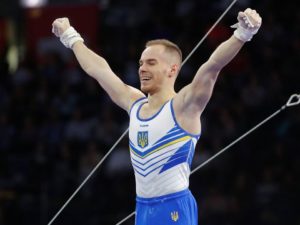 He denied any wrongdoing and said he would appeal the ban to the Court of Arbitration for Sport.

Countries and teams are putting finishing touches to preparation to hit Tokyo for the embattled Olympics which will now take place from  23 July to  8 August, with athletes and officials alike having basketful of rules to obey as a result of the coronavirus pandemic still holding the world to the jugular.