Nigeria’s U-20 Women’s National Team currently campaigning for honours at the 2018 FIFA U-20 Women’s World Cup in France have each been paid $2,000 for their 1-0 victory against Haiti in the group stage.

This was disclosed in a press statement by the Special Assistant Media to the Honourable Minister of Sports, Nneka Ikem Anibeze on Sunday.

Both players and officials were also paid their daily camp allowances till August 13, 2018. 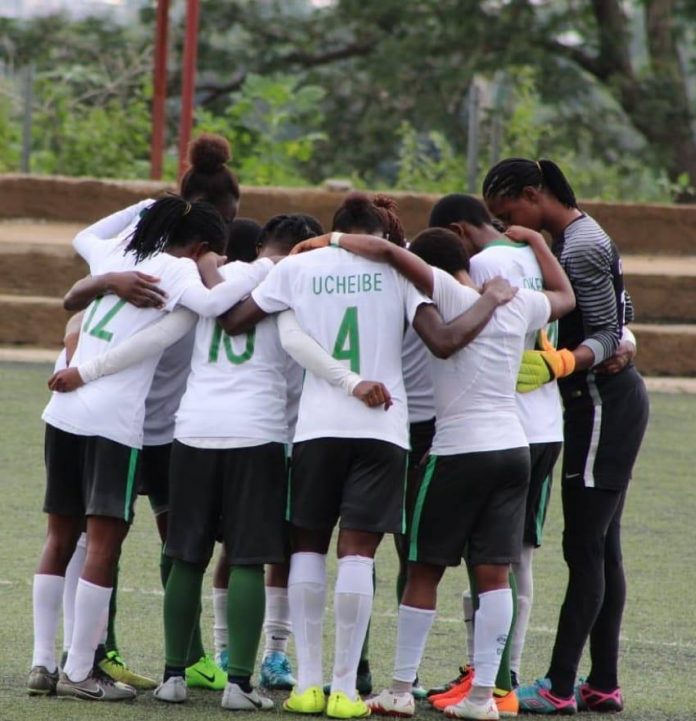 “I believe that the Falconets have been well motivated for Monday’s game against China and I’ve been assured by the players that they will play out their hearts to get a quarter final ticket.

“The U-20 Women’s team have been in the final in 2010 and 2014 and I know that you all will work hard to repeat that success in 2018. Like I earlier promised, all your entitlements will be offset soon but you will get a personal token of $10,000 from me if you beat China on Monday.

“As a country we have identified our areas of strength and comparative advantage of which women’s football is one of them and we will need to invest more in it. On behalf of the His Excellency President Muhammadu Buhari and the good people of Nigeria, I wish you a successful outing against China on Monday,” Sports Minister Solomon Dalung said.

Dalung says he’s optimistic that the Falconets of Nigeria will clinch the second quarter final ticket to finish as runners up of Group D.

The Falconets who face China in their last group D match on Monday only need a draw to advance to the next round.

Nigeria are currently 2nd in Group D with 3 points behind leaders Germany who have 6. China are 3rd with 3 points and Haiti have no points.