Falcons get N46.2m from Dangote, BUA, N2.2m paid to each player’s account

Nigeria’s Super Falcons, have received their share of the N75m promised them by Business Moguls, Aliko Dangote and BUA Group CEO, Abdul Samad for successfully defending the 2018 Africa Women’s Cup of Nations. 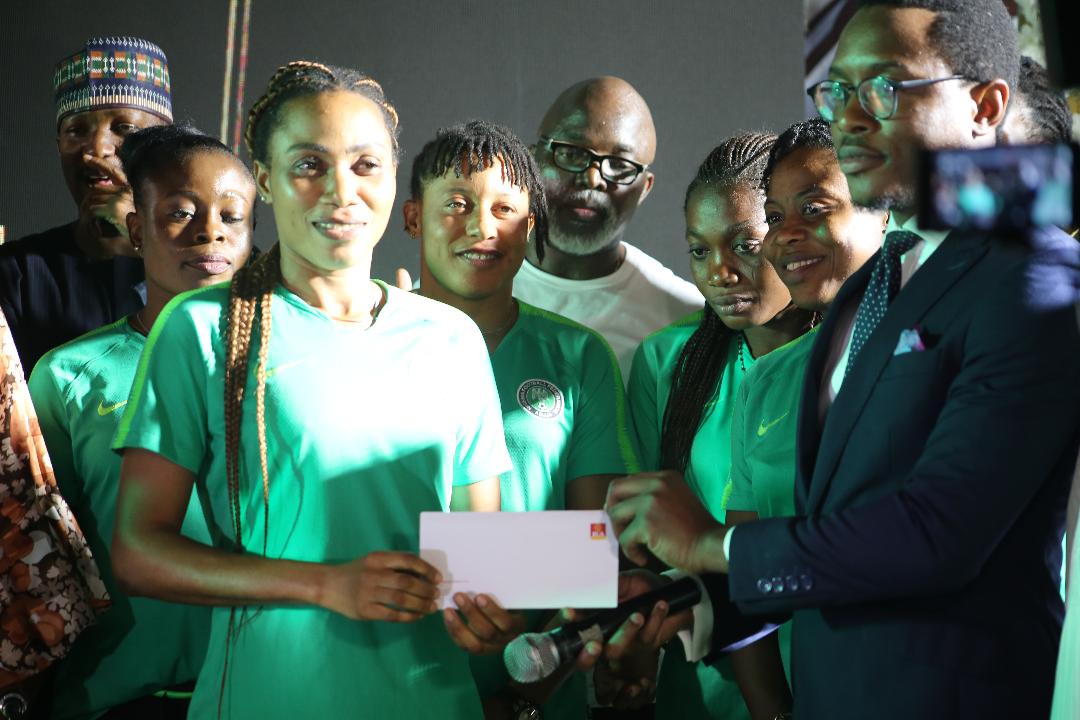 Sportinglife.ng gathered that the players accounts were credited before the Christmas Holidays, with each player getting N2.2m.

Just last Thursday partners of the Nigeria Football Federation hosted the girls at the private residence of the NFF President, Amaju Pinnick in Lagos to celebrate their feat.

The highlight of the occasion was the presentation of the N50 million and N25m cheques by the Dangote Group and BUA Group.

From the breakdown, N46.2m was shared among the 21 players excluding officials that were in Ghana for the tournament.

What our source, could not confirm was how much the officials got. “They were paid, but l think they got below the players amount,” said our source.

About a dozen players and a couple of the backroom staff attended the reception.

Before the reception, the NFF had redeemed its 10,000 USD per player pledge for defeating South Africa in the AWCON final besides clearing other match bonuses and allowances.

The Falcons are expected to regroup in January for the Four-Nation invitational tournament in China to get their World Cup preparations underway.

Nigeria has been drawn against Korea Republic, Norway and hosts Nation France in Group A of the tournament which begins in June.