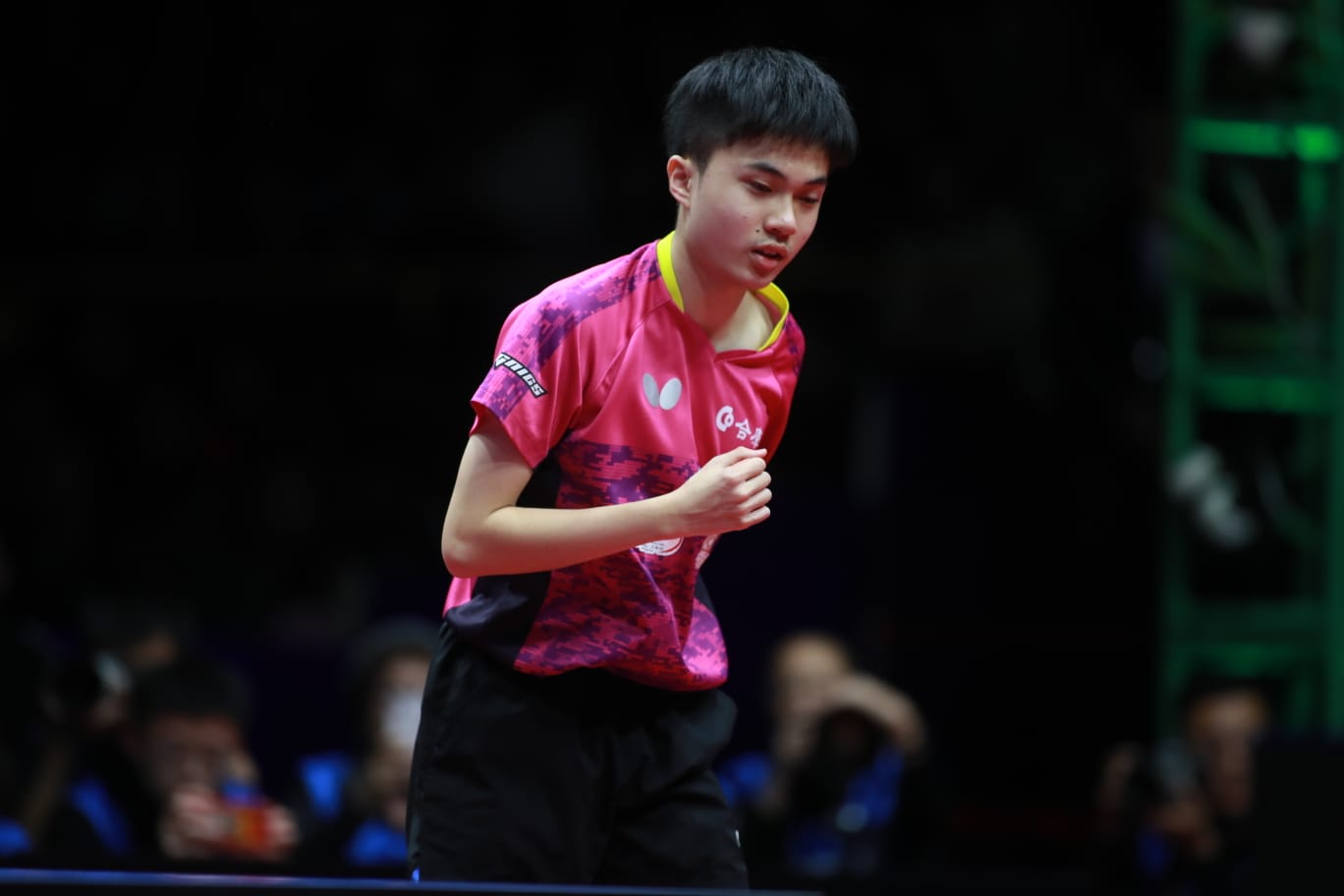 Victory in Chengdu sees Fan Zhendong’s quite incredible run of form continue. Having not secured a major title for almost a year, he has swept all before him in the last two months, securing gold at the ITTF World Tour Platinum German and Austrian Opens in October and November, whilst also a member of Team China’s successful outing at the ZEN-NOH Team World Cup in Tokyo.

“This is my third Men’s World Cup title, but every time feels new to me. Every time is different. This one was more about proving myself. I experienced some lows during the past few months, but now I know to focus on the situation at hand.” – Fan Zhendong

Tomokazu Harimoto (JPN) and Lin Yun-Ju (TPE) took silver and bronze medals respectively in Chengdu. Harimoto became the first Japanese player to reach a Men’s World Cup final after the no.3 seed defeated Ma Long (CHN) in the semi-final (11-6, 11-9, 11-8, 8-11, 4-11, 11-5). Prior to that, the teenager completed a spirited comeback victory over seven games against compatriot Koki Niwa.

“I thought I actually performed quite well today. To be able to have won a silver medal at the Men’s World Cup, I think I can be proud of what I have done.” – Tomokazu Harimoto

“This is my first Men’s World Cup. I really did not expect that I could take home a medal. Ma Long is a very strong player, so I just tried to challenge him. When I led, I started to play more conservatively. Then, as he started to come back into the match, I made some changes in terms of my receiving and ball placement. I am happy that I won.” – Lin Yun-Ju

This meant that Ma Long finished without a medal at a Men’s World Cup for the very first time. The no.2 seed, making his return to action after a month’s break since the Team World Cup, had been impressive in defeating Dimitrij Ovtcharov in Saturday’s quarter-final, but fell short when silverware was in sight – highly uncharacteristic for the sport’s most decorated men’s player in history and “The Dragon” has work to do in order to come roaring back into contention at December’s ITTF World Tour Grand Finals.

Silver medallist in Chengdu and Japan’s first-ever player to win a medal of any colour at the Men’s World Cup, this was a timely display of strength by Tomokazu Harimoto to show what he is capable of on the big stage as time ticks towards the Tokyo 2020 Olympic Games.

His nation’s highest-ranked men’s player, Japan have high hopes for Harimoto next summer and will be keen that he continues to deliver more performances like these, starting with the ITTF World Tour Grand Finals between 12th-15th December in Zhengzhou, China, where Harimoto is defending his crown after celebrating gold in 2018 in Incheon.
Read Also:2019 ITTF World Cup: Quadri gets Swedish, Australian opponents
China, meanwhile, remains the dominant force and can take plenty of comfort in Fan Zhendong’s recent revival, though it will be wary of needing to counter the growing threat posed by Harimoto and company, when Tokyo hosts the globe’s biggest sports event.

Five thousand spectators packed out the Sichuan Province Gymnasium in Chengdu throughout an exceptional three-day event, which provided exhilarating action from start to finish.

Bringing together 20 of the world’s best male players naturally provided elite quality table tennis, which was matched by top-level sports presentation and an electric atmosphere that bodes very well for when Chengdu stages the World Table Tennis Championships Finals in 2022.