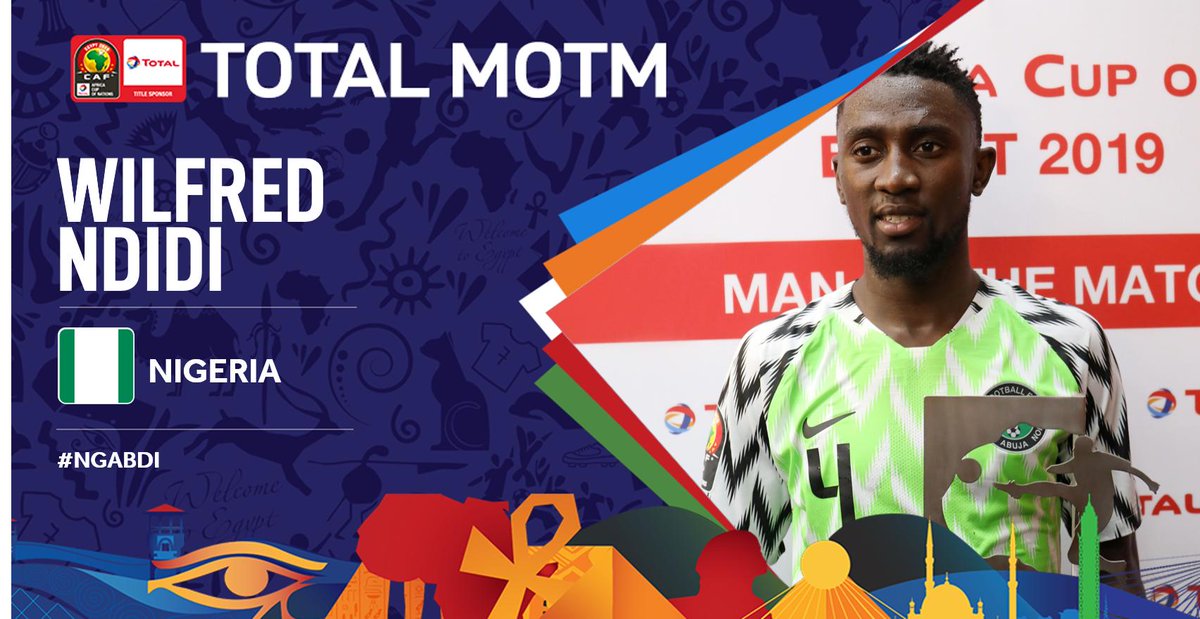 Leicester City defensive midfielder, Wilfred Ndidi has been named Man of the Match in Nigeria’s 1-0 win over Burundi in the first Group B match of the 2019 Africa Cup of Nations played at the Alexandria Stadium yesterday.
According to a tweet posted on the official Twitter handle of the Confederation of African Football (CAF) the lanky midfielder won the award ‘After his stellar performance’ in the keenly contested encounter.
Ndidi came into the tournament with impressive personal stats after been named the best tackler in Europe’s top five leagues, according to Whoscored.com.
The 22-year-old no-nonsense approach in dominating the midfield placed him first ahead of Everton star Idrissa Gueye and Crystal Palace right-back Aaron Wan-Bissaka.
The Foxes star won more tackles than any other player in the top five European clubs of Premier League, La Liga, Serie A, Bundesliga and Ligue 1, with 123 tackles two more than Gueye and eight more than Wan-Bissaka.

Read Also:Ndidi voted Man of The Match against Burundi

However, some fans on social media disagreed with CAF on the choice of Ndidi as the MOTH stressing that Villarreal’s Samuel Chukwueze and Torino’s Ola Aina deserved the award ahead of the English Premier League star.
Loading...
2019 Africa Cup of NationsConfederation of Africa FootballNigeria v BurundiWilfred Ndidi