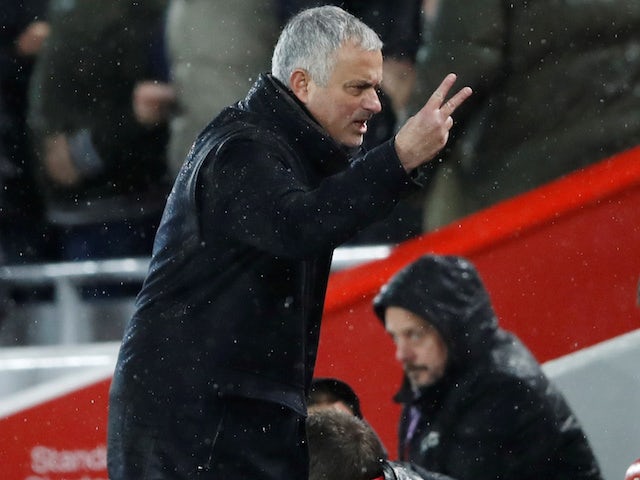 Manchester United must use the departure of Jose Mourinho to undertake a wholesale change of approach to football decision-making, according to a leading supporters’ group.

The Manchester United Supporters’ Trust (MUST) reacted to news of Mourinho’s sacking on Tuesday by welcoming suggestions the club will now install a director of football and calling for more independence on that side of the business.

MUST has been a long-standing critic of United’s American owners and made clear it felt blame needed to be shared for recent struggles.

“We all understand that the role of football manager is a results-based position and clearly the results have not been satisfactory,” a spokesperson for MUST said.

“The regression of the team led by the manager may be the immediate trigger for today’s action, it is also the result of some poor decisions over the last six years.

In a comment which appeared to be directed at executive vice-chairman Ed Woodward, who has been criticised for his handling of several transfer deals, MUST went on to call for more football expertise in key positions.

“Clearly times have changed since Sir Alex Ferguson ran the club pretty much from top to bottom and a director of football role must be a key consideration to lead that process,” the statement added.

“We’d like to see funds for team investment ring-fenced and significant independence given to football appointments by people with football expertise.”

Several of MUST’s demands appear to be in hand. United intend to finally bring in a head of football, reporting to Woodward, to oversee football operations. It is understood Mourinho had a long-standing reluctance about such a role being introduced.

United made the decision to end Mourinho’s spell in charge as poor results were combined with a negative environment around the club, with Mourinho involved in high-profile clashes with some of the biggest stars in his squad.

Mourinho had been upset by the club’s failure to sign a central defender in the summer, but United could point to 11 players brought in at a cost of some £400million during his tenure with no apparent improvement in either performances or results.

Instead, Sunday’s 3-1 defeat to Liverpool made this United’s worst start to a Premier League season after 17 games.