.celebrates 13th goal of the season 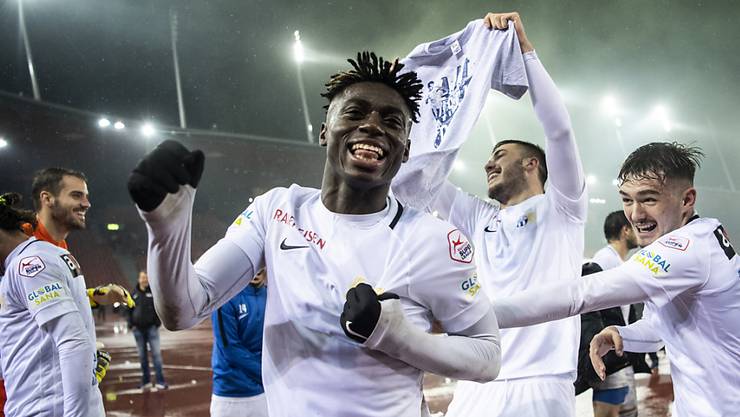 Stephen Odey is on fire and painting the Swiss league goals – Xamax were his latest victims as they fell 2-1 against FC Zurich on Sunday night.

The former MFM star, who was on for 87 minutes proved to be the match-winner in the fiercely contested encounter.

However, it was the away side that took the lead through Pietro Di Nardo in the second half after the first 45minutes ended goalless inside the Letzigrund venue.

The second half was eventful and got fans cheering loud especially after Benjamin Kololli equalised for the home side. Stephen Odey endured that excitement didn’t cease as he powered home the winner for his 13th goal in all competitions.

The win takes Zurich to fourth on the log with 33points while Xamax sit second from bottom with just 22points after 25 matches this season.