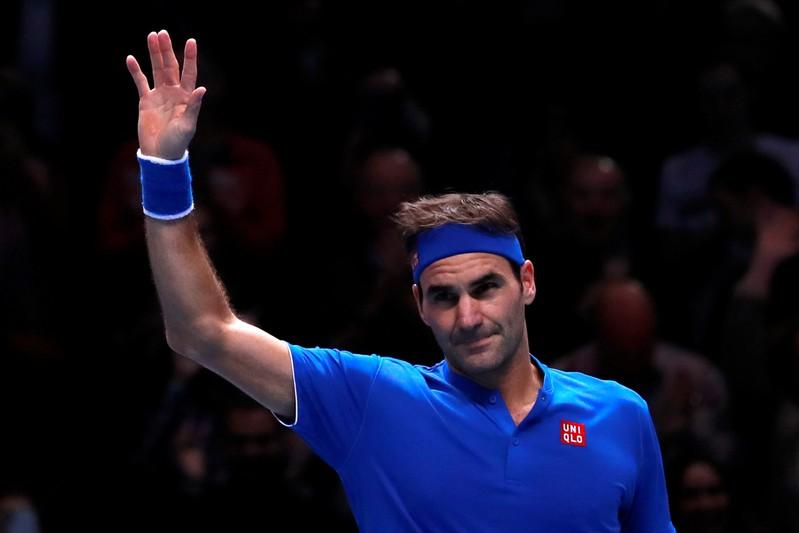 Roger Federer warmed up for next month’s Wimbledon championships by beating David Goffin 7-6(2) 6-1 to win the Halle Open title for the 10th time on Sunday.

The Swiss fired seven aces and broke Goffin’s serve three times to down his Belgian opponent in 83 minutes.

He went on to win his 102nd tour-level title which moved him to within seven of Jimmy Connors’ record.

It was also the 19th tour-level title on grass for the 37-year-old.

He will now be among the top contenders at Wimbledon as he looks to increase his Grand Slam haul of 20 trophies.

“It’s unbelievable. I never thought when I first played here that I will win 10 titles,” Federer said.

After being dragged to three sets in two of his first three rounds in Germany, Federer looked set for another tough fight.

This was when world number 33 Goffin earned three consecutive break points at 2-2 in the opening set.

However, Goffin failed to capitalise on those chances as his opponent took the set to a tiebreak where he switched gears to take the early lead in the contest.

Federer broke quickly in the second set and did not allow Goffin back into the match.

He became the oldest tour-level champion since a 43-year-old Ken Rosewall prevailed in Hong Kong in 1977.

Wimbledon begins on July 1 with Federer seeking a ninth title at the tournament.(Reuters/NAN)

‘Groom Falcons Better ahead of Next World Cup’