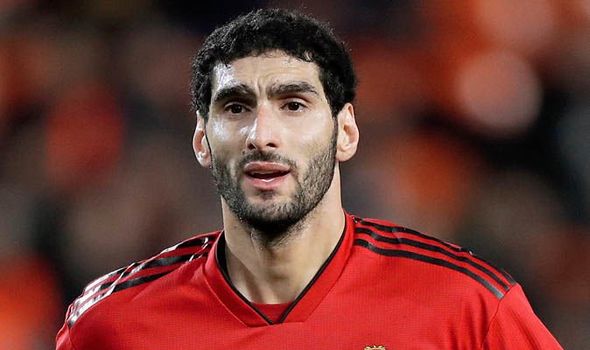 Fellaini uploaded a picture to his Instagram story of himself at Manchester Airport ahead of his move to China, with the two clubs having agreed terms over a reported £10m deal.

The Belgian is yet to discuss personal terms, but Chinese clubs have until February 28 to sign new players so the deal is expected to go through regardless of tonight’s transfer deadline.

Sky Sports News reports that Fellaini has already completed his medical at the club prior to leaving Old Trafford.

The 31-year-old joined United in 2013 as the first signing of the post-Sir Alex Ferguson era and developed into a key part of the team under Jose Mourinho.

Fellaini looks set to leave the club having scored 22 goals in 177 appearances across all competitions, winning the FA Cup, EFL Cup and Europa League in the process.

I will not disappoint Nigerians in Niger Republic – Aigbogun