Fernandes: Iniesta inspired me but my heroes are Ronaldinho, Ronaldo

Manchester United star, Bruno Fernandes, has credited Andres Iniesta as a huge influence on his playing style and admitted his best attributes can still improve when compared to the Spaniard. 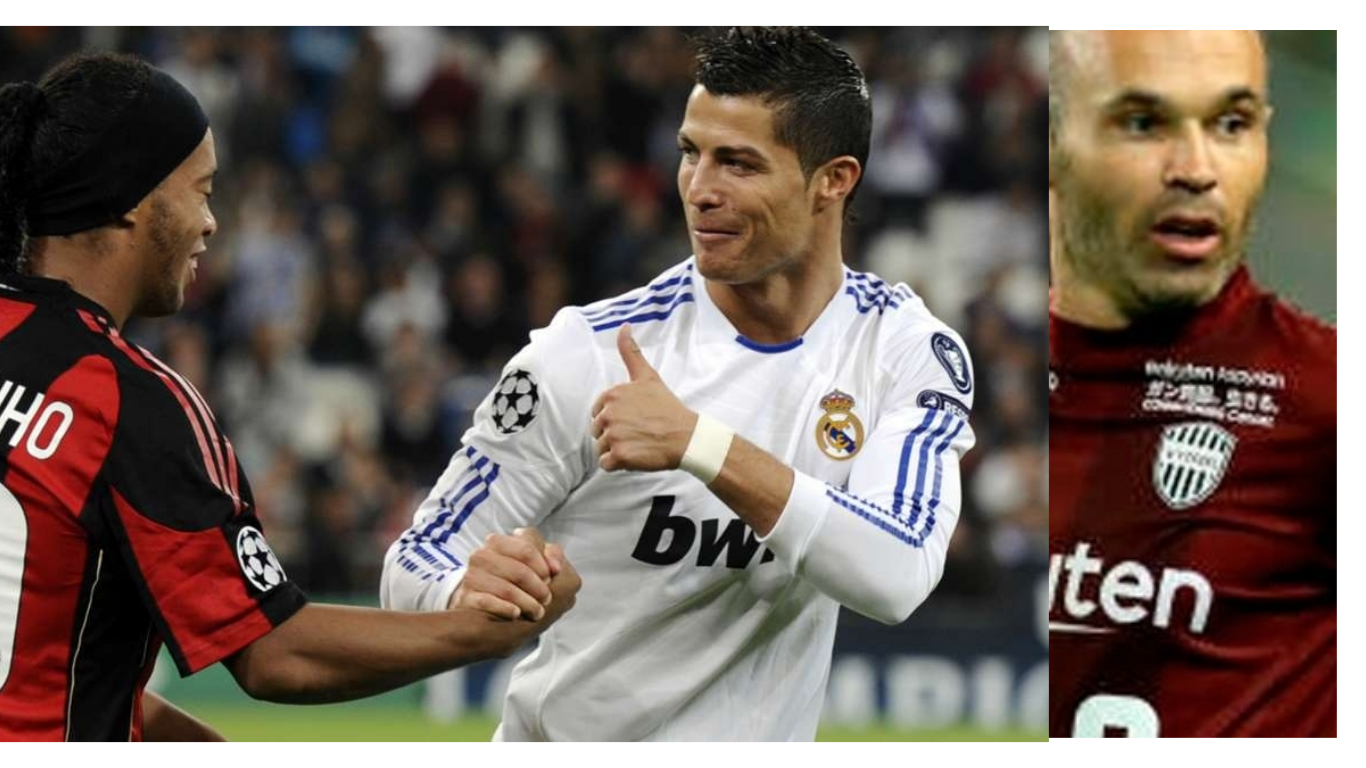 Iniesta is currently playing his football with Japanese club Vissel Kobe, but is best known for his illustrious and trophy-laden career with Barcelona, where his partnerships with Xavi and Lionel Messi helped him to win nine La Liga titles, four Champions Leagues and three FIFA Club World Cups.

Of course, Iniesta also lifted the European Championship and World Cup with his native Spain, making him one of the most decorated and respected players of all time – making it even harder for Fernandes to understand why his idol was never recognised as the world’s best player.

Nevertheless, Bruno’s respect for Andres is unlimited and the United midfielder is keen to learn from him, particularly in the attacking third, as he explains in our latest ‘My Inspiration’ interview.

“The one I liked to watch and follow was Iniesta, because Iniesta is a mix between an eight and a 10,” says Bruno in our Q&A, seen in full below. “It is a way I can do better, between eight and 10.

“It is the guy who always likes to have the ball, who always likes to take the risks, and I think Iniesta was one of the best in the world. For me, it was impressive how Iniesta finished his career without the Ballon d’Or [award]. With everything he won, it is difficult for me to understand!”

Who inspired you to first play football?
“I don’t know. In my family everyone plays. My father plays, my brother plays, so I think I follow in the steps of the family. I have some cousins also who play football and futsal. The family, we have Sunday games with my dad, my cousins and friends of my dad. They play every Sunday on the pitch close to my home. So I grew up going there, playing before them, and afterwards when I became 13 or 14 years old, I started to play with them and sometimes my dad kicked me a little bit, just to prepare me for the Premier League!”

Who inspired you the most growing up?
“It is a difficult one. Of course I had my brother, I watched my brother every time. When you have a brother who is five years older than you, you look at him. You grow up and you try to do everything that he does.”

Who were your football heroes when you were younger?
“It depends. I have a lot of players I like to see. For example, in my first few years, the player I think is the one everyone liked and always will like is Ronaldinho. For me, he is the player with the capacity to take you and put you in front of the TV, and you will stay for hours. For hours! Because he had that energy and happiness. He was happy in everything he did. You enjoy it when you see guys playing like that, so for the first few years Ronaldinho was my favourite player. After this, I have already said that Cristiano Ronaldo is one of the players. As a professional player, he is the best you can follow.”

Was there a particular player you modelled parts of your game on?
“The one I liked to watch and follow was Iniesta, because Iniesta is a mix between an eight and a 10. It is a way I can do better, between eight and 10. It is the guy who always likes to have the ball, take the risks, and I think Iniesta was one of the best in the world. For me, it was impressive how Iniesta finished his career without the Ballon d’Or [award]. With everything he won, it is difficult for me to understand!”
Bruno Fernandes.

Who do you most look forward to sharing your success with?
“It is family and friends, because of course every time I have a game I have my little baby and my wife in the stadium. Sometimes and now more than ever I will have my brother, because my brother lives in London, so he will be at Old Trafford to look at the games. My wife, my baby, my family, my parents, my mum, my dad, also my sister.”

What words or phrases best describe you as a player?
“Warrior, because for me every game is a battle. You need to go out to the game and just understand you need to beat your opponent. With all of the respect, because you need to have respect for your opponent, but you need to beat them. If you don’t beat them, they will beat you. It doesn’t matter who is on the other team. If it is a friend, because I have friends playing in the Premier League, I don’t care. At that moment I will be the biggest enemy they can have.”
Bruno Fernandes holding a phone.

What inspires you about Manchester United?
“It is difficult to say one thing because at Manchester United, going out at Old Trafford, everybody knows about the stadium and the atmosphere. But when you have the kit of Manchester United, all red, with your black shorts, and you feel the atmosphere of the stadium, and you feel everything, you feel the support of your fans, it is something special. For me, for example, when I came from Sporting, I arrived and I was in Manchester for two days. I played against Wolves and they already had a song for me! I had just arrived and the supporters already gave me the support I need to be confident and be at home. I think this is the most important thing, that atmosphere and love you feel from your supporters.”