The Nigeria Basketball Federation (NBBF) on Tuesday said that the National 3×3 team had departed the shores of Nigeria to Kampala, Uganda, aboard a Rwanda Air flight from Abuja for the 2019 FIBA 3×3 Africa Cup by 1 p.m. 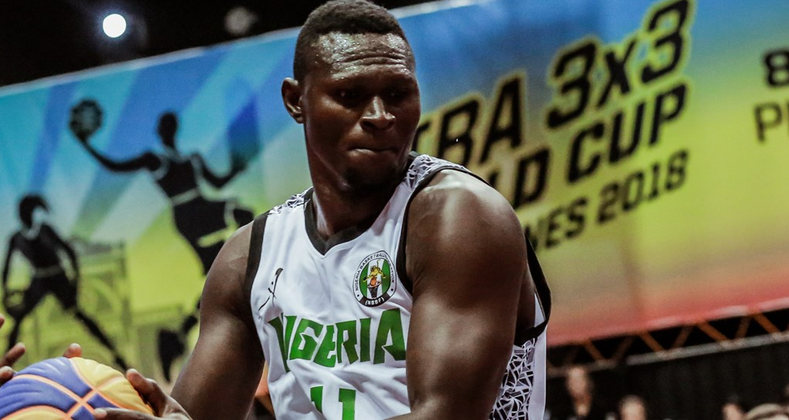 The Media Officer, NBBF, Afolabi Oni, in a statement in Lagos said that the male team had previously won the inaugural edition while it settled for bronze in the last edition.
“Kano Pillars duo of Godwin David and Lucky Subel alongside Agu Ibeh (Gombe Bulls) and Victor Koko (Rivers Hoopers) made the final men’s team released by the Team’s head coach, Chris Acha.
“For the Women, Zenith Bank Women Basketball League winner, Okah Chinwe of Air Warriors of Abuja will team up with Gloria Umeh (Plateau Rocks), Dangosu Theresa (Customs) and 2019 Africa Games gold medalist, Ifunaya Okoro (First Bank).
“In spite of all four making their debut at the senior level, the team will hope to go a step further and surpass her silver medal finish at the 2017 edition.
“The men’s team won the inaugural edition in 2017 and settled for the bronze medal at the 2018 edition hosted in Lome, Togo,” he said.
Oni added: “The U-18 boys team comprises of Oyedokun Olamilekan (Flygerian Academy), Akomolafe Olamilekan (Kwara Falcons), Mustapha Oyebanji (Kwara Falcons) and Kanyinsola Odufuwa (Hoops and Read)
“Ezebilo Grace (MFM) tops the list of the U-18 girls team alongside John Grace (First Bank), Ubi Majomary (Dolphins) and Godgift Joseph (MFM).
“Meanwhile, the Technical crew headed by Acha will consist of Christopher Okoh, Juliana Akhere, Nnorom Mark while Simon Evbuoman will be the accompanying referee.
“The 12 teams registered for the men´s competition will be divided into 4 pools of 3 teams and will play a round-robin phase leading to a single-elimination as of quarter-final games.
“The u-18 boys and girls competition starts on Thursday, Nov. 7, while the men and women’s events will commence on Friday, Nov.8.”
“Nigeria is grouped alongside Niger Republic, Uganda, and Burundi in Group B while the girls will battle Egypt, Mali, and Kenya in Group A in the U-18 category,” he said. (NAN)