FIBA: Uzoh targets success in China 2019 says, “Hopefully this World Cup will be one of Nigeria’s best Experiences yet” 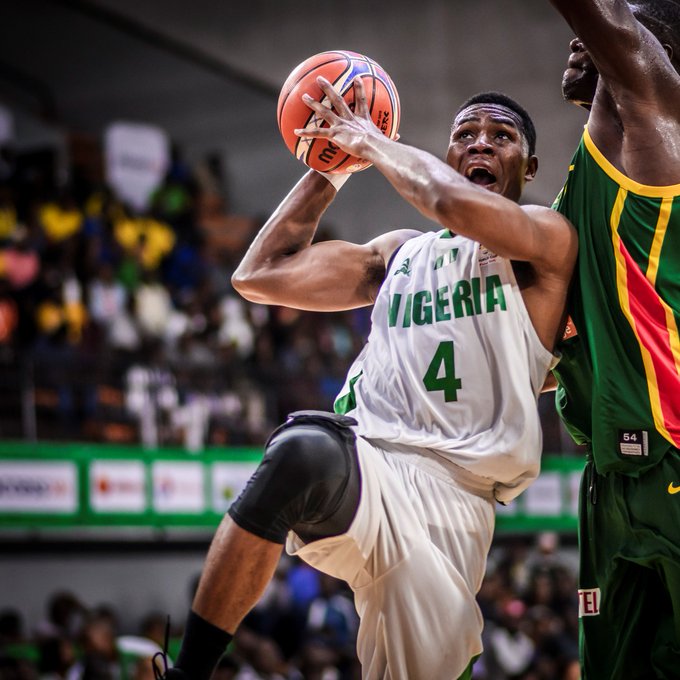 Nigerian-American professional basketball player, Benjamin Uzoh and his D’Tigers teammates are  inspired by the efforts of D’Tigress at the FIBA Women’s Basketball World Cup 2018.

The 31-year-old Nigeria’s point guard hopes to play on basketball’s biggest stage and also described their opponent as strong teams that should be handled with strong hands.

“Hopefully this World Cup stage will be one of Nigeria’s best experiences yet. As a unit, we like our chances,” Uzoh told FIBA.basketball.

“We have a competitive group of teams with respected history. No fear, just respect. Definitely, I have a ton of respect for the countries in our pool and their history but I feel we’re a dark horse that can compete beyond the preliminaries,” said the 1.91m (6ft 3in) playmaker who averaged 9.1 points, 4.2 assists, 4.2 rebounds and 1.3 steals in 9 games during the African Qualifiers.

Uzoh who also plays for Caballeros de Culiacán of CIBACOPA Mexico admits that, by reaching the Quarter-Finals at the Women’s World Cup in Tenerife last September, Nigeria’s women have tasked the men to not limit their ambitions.

“A shout-out to our senior women’s squad! Both of our success in recent years shines a greater light on Nigeria and Africa,” Uzoh said.
“Personally, the World Cup means a great deal to me as it’s a stage I’ve never been on. But any time I share the court and a stage with my brothers in representing the country, it takes on a whole greater meaning for me.”

Uzoh also expressed his happiness for Nigeria becoming the first African nation to qualify for the World Cup with three games in hand as he hopes the team’s spirit will be alive.

“First off, being the No.1 team in Africa is something my brothers and I are proud of. But rather than pressure, it’s a great opportunity that we have as a country to continue to spearhead the growth and respect of basketball on the continent.”

The 2015 African champions will begin their campaign against Argentina, Korea and Russia in First round Group B at China 2019  after Nigeria’s previous World Cup outings in 1998 and 2006.

Chukwueze is Europe’s 12th Most Valuable Player at £30m