Nigeria’s D’Tigress are through to the quarter-finals of the 2018 FIBA Women’s World Cup going on in Spain after overcoming stubborn Greece 57-56 in a keenly contested game on Wednesday.

With two victories form three games, D’Tigress finished as runners up to Australia who won all their matches.

It was a game that kept spectators on the edge of their seats, with Nigeria showing no sign of pressure. The first quarter ended 15-15 for both teams. 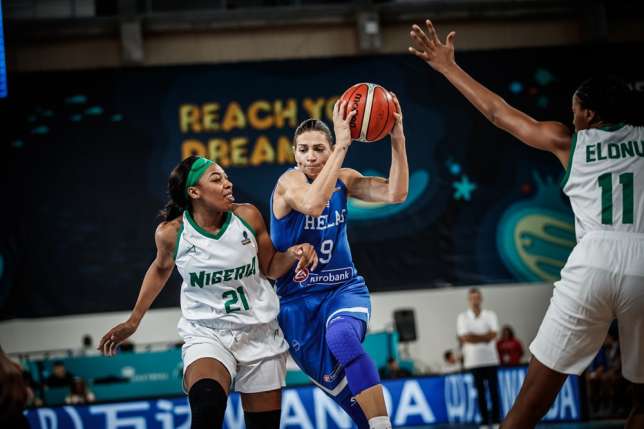 Star player Evelyn Akhator turned up the style in the second quarter as the Power forward inspired D’Tigress to a 16-11 win (31-26) going into the halftime break.

Greece started the third quarter on a better note reducing the scoreline, but D’Tigress fought on to establish an 11 point lead to end the quarter 17-11.

A resilient Greece came back stronger in the last quarter game with Maria Emmanouela Fasoula causing havoc but it was not enough to change the tide.

stage of the competition.

Nigeria have made history by becoming the first African team to reach the knock out stage.  The African champions will now face reigning and two time champions USA in the quarter final on Friday.

Libya to open camp for Eagles in Tunis on October 8