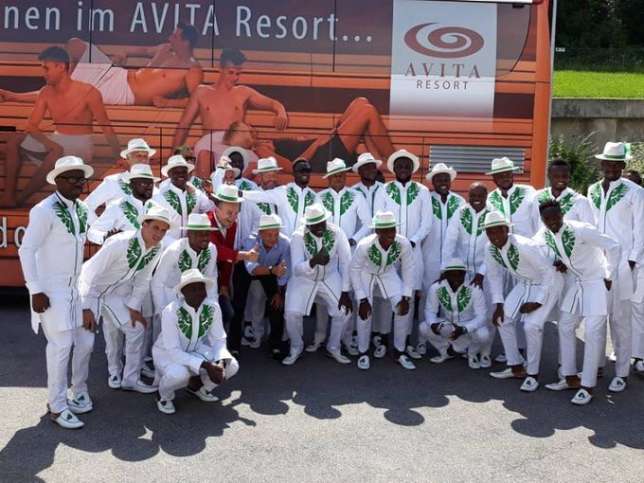 Nigeria national team, the Super Eagles dropped from 48th to 49th in the first FIFA Ranking released after the 2018 FIFA World Cup which ended in July.

The three times African Champion dropped by one place in the FIFA rankings released just before the start of the World Cup and continued in the same trend in the latest ranking released by the World football governing body on Thursday.

The not too impressive performance of the senior men national team at the Russia Mundial could not be argued as the reason for Eagles nosedive on the ranking.

The Super Eagles lost their first group game 2-0 to Croatia, and then won their second group game against Iceland 2-0 thanks to heroics from Ahmed Musa.

In their last group game against Argentina the Super Eagles narrowly lost 2-1 to a Lionel Messi inspired Argentina as they could not match their achievements of the 2014 FIFA World Cup where they progressed to the round of 16.

The Super Eagles could not also win their two friendly matches in the month of July which ended in a 2-1 loss to England and 1-0 loss to the Czech Republic.

The latest rankings released by FIFA show that the Super Eagles are now 49th in the World and are the seventh on the African continent.

New World Champions France are at the top of the rankings following their triumph in Russia. They are followed by third place play off winners France, quarter-finalists Brazil, finalist Croatia and Uruguay take the fifth spot.

England, Portugal, Switzerland, Spain and Denmark make up the top ten countries in the World.