Nigeria kicked off their campaign on a fine start at the 2019 FIFA U20 World Cup in Poland with a 4-0 spanking of Qatar in their Group D clash at Stadion miejski on Friday evening.

Orewale Oremade: Made a save in the first half. Thereafter he was on holiday. 6/10 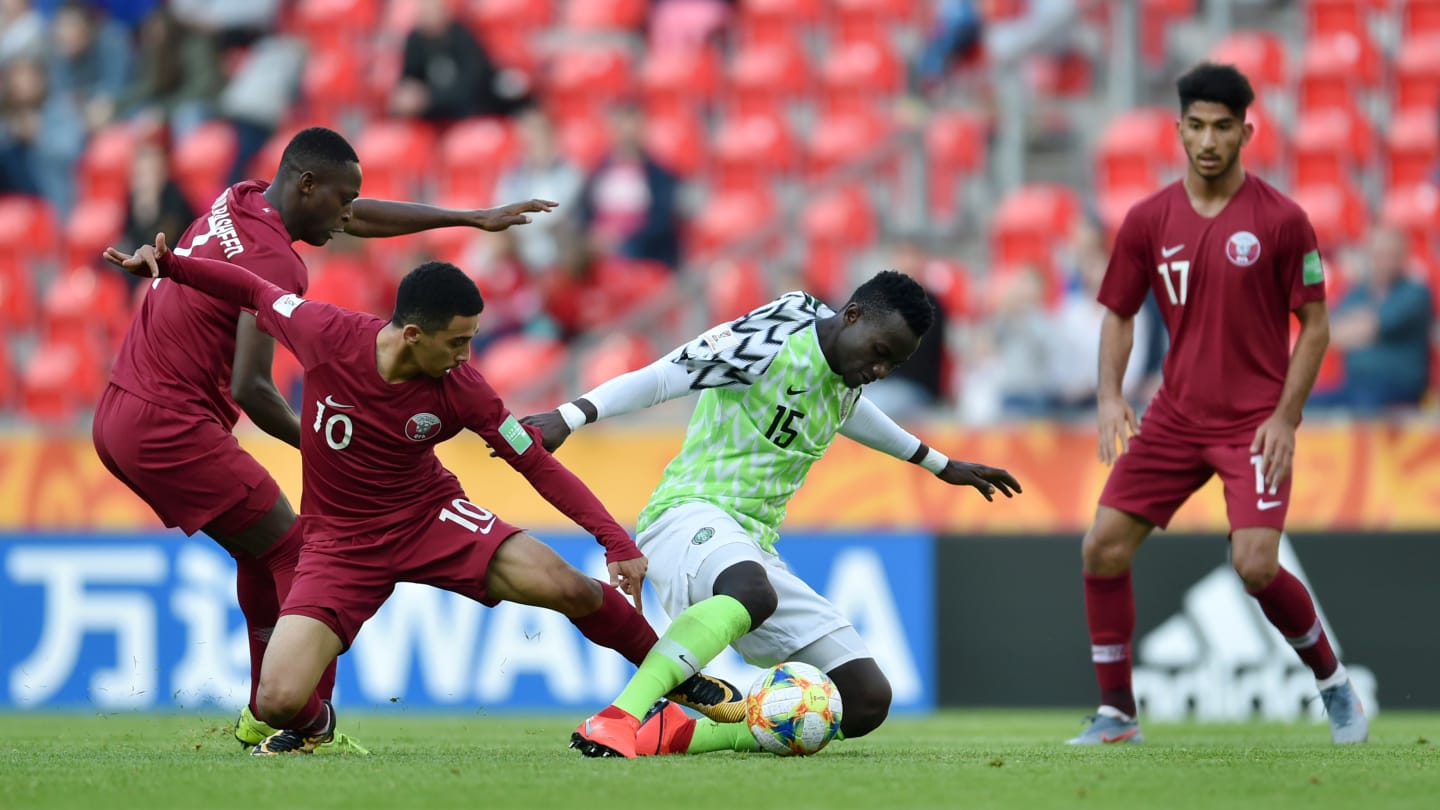 Valentine Ozornwafor: He asserted himself in the centre (6/10)

Muhammad Zulkifilu: He made sure Qatar’s Yusuf Abdurisag was no threat. Overrall he had a decent game (7/10)

Ikouwem Utin: He set up the two goals and was everywhere(7/10)

Jamil Muhammad: Made good impact in the midfield and never looked troubled(6/10)

Maxwell Effiom: Scored the opening goal from the rebound and looked a threat. 6/10

Tom Dele-Bashiru: Capped his international debut with a goal before he was substituted. (6/10)

Kingsley Michael: Made some good passes from the flanks. Contributed to the third goal(7/10)

Henry Offia: Had a good game and was always penetrating the opponents eighteen-yard box. (7/10)

Muhammad Tijani: He had his effort saved by Mamdouh Baah having come on in the second half. (5/10)

Success Makanjuola: Had little time to prove himself.

Akor Adams: Came on for Tijani and assisted Aliyu’s goal. (5/10)