The hosts of the 2030 World Cup will only have six years to prepare for the tournament. 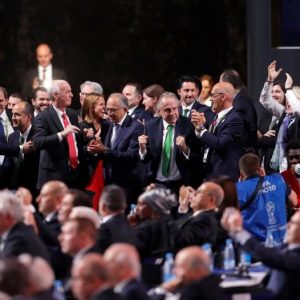 The FIFA Council decided at a meeting Thursday that the bidding process will be launched in 2022 and the hosting vote will take place at the congress of all soccer nations in 2024.

The four British nations – England, Scotland, Wales and Northern Ireland – are conducting a feasibility study with Ireland about whether to bid.

But they could face opposition from within Europe as Spain and Portugal consider a joint bid.

There is also a coalition of South American countries pushing ahead with a bid: Argentina, Uruguay, Paraguay and Chile.

The 2026 World Cup is being jointly staged by the United States, Canada and Mexico after they were chosen last year by the FIFA Congress.

FIFA’s next big World Cup vote comes in May when the council decides the destination of the 2023 women’s tournament.