Unless there is a rapprochement between CAF President Ahmad and his former Second Vice President and Nigeria Football Federation (NFF) President Amaju Pinnick, Nigeria may have lost the chance of hosting the widely speculated 2020 FIFA U20 Women’s World Cup. 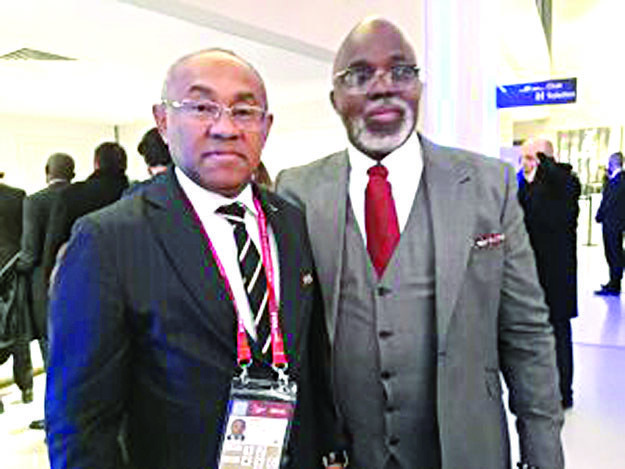 The  seemingly ‘made in heaven marriage’ between  Ahmad and Pinnick  under the ‘change mantra’ that led to the ouster of former FIFA Acting President Issa Hayatou as CAF supremo in charge of the continental body for 29 years, has since broken down irreconcilably with the spill-over effects on Nigerian football interest.

Though a five-team  FIFA Inspection committee  was in Nigeria in August for a detailed inspection of the four designated  venues in Lagos, Asaba, Benin City and Uyo,  the world soccer ruling body has yet to make a categorical statement on the suitability  or otherwise of Nigeria to be the first country in Africa to host a global women’s  championship.

“There are no two ways about it, FIFA recalcitrant attitude towards Nigeria over the hosting rights for the 2020 FIFA U20 Women’s World Cup is as a result of the squabble between Pinnick and Ahmad,” a usual reliable source with deep knowledge of the workings of both FIFA and CAF told NationSport on condition of anonymity.

In July, Pinnick was relieved of his duties as the first Vice-President of CAF – a position he occupied  for just a year as a  replacement for Ghana’s Kwesi Nyantakyi who resigned due to allegations of corrupt practices.

“It’s unfortunate that Nigerian football is in this mess ; how will anybody tell us that Nigeria can’t host the  2020 FIFA  U20 Women’s World Cup when the same championships had in the past held in neighbourhood parks?” our source lamented.

“Of course, FIFA would have long confirm Nigeria as host for the 2020 FIFA U20 Women’s World Cup if not for the problem between  Pinnick and Ahmad. It’s no secret that Ahmad doesn’t want to come to Nigeria especially with Pinnick still in charge of the NFF. That is the unfortunate situation we have found ourselves?” noted the experienced football administrator who is miffed with the running of the game at the domestic front.

Nigerian football has indeed been in  a state of comatose with free fall of all the national teams save for the Super Eagles  following  the poor performances  of  Golden Eaglets, Olympic Eagles, CHAN Eagles, Supersand Eagles at major international tournaments.

The source also said the NFF is becoming rudderless under the current administration, adding “Pinnick and his lieutenants must wake up from their slumber. Our football has never sunk to this level.

“The NFF can’t even conduct its own affairs without going cap in hand to state governments. Imagine they can’t even promptly organise the Annual General Meeting (AGM) which should naturally have been captured in the federation’s annual budget?

“The AGM has twice been postponed now. It was to be held in Uyo when Nigeria played Benin but it was moved to Benin and I understand, it has been moved to December again,” he bemoaned.