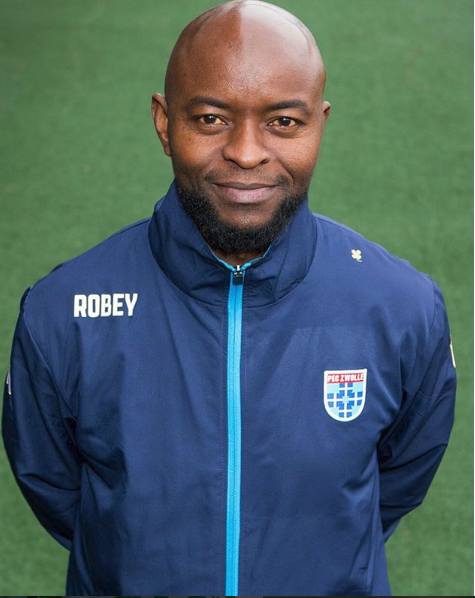 Nigeria football legend, George Finidi has urged the Super Eagles to play as a unit and adopt the Chelsea winning formation at the 2018 FIFA World Cup.

Gernot Rohr’s men open their campaign at the Mundial with a game against Croatia on Saturday and the former Real Betis winger is wary of their midfield trio Luka Modric, Mateo Kovacic and Ivan Rakitic.

“The Eagles have to play as a unit because they don’t do that at the moment,” Finidi told Channels Sports.

“You can see that when they attack, it takes them too long to get back and that leaves a lot of space in the middle. And you don’t want to do that against Modric, Kovacic and Rakitic – these guys are playing top flight football.

“We just have to get a good grip of the midfield and with that we have a chance.”

Finidi who played at both the USA 94’ and France 98’ World Cups for Nigeria has advised the Super Eagles to play with the formation that helped Antonio Conte deliver the premier league crown for Chelsea in his debut season in England.

“If they are playing the diamond formation, somebody playing in front of Moses and Ndidi, and try to make sure we make use of the fullbacks.

“I will go for the Chelsea formation, the 1-3-5-2, two wide players, three players in midfield.”

Eagles Will Get N18M for Every Unreplied Goal- Aiteo