First Bank Basketball Club continued their unbeaten run when they defeated rivals, Dolphins 66-58 in the final game of the second round of the Zenith Bank Women Basketball League, which ended yesterday in Ibadan. 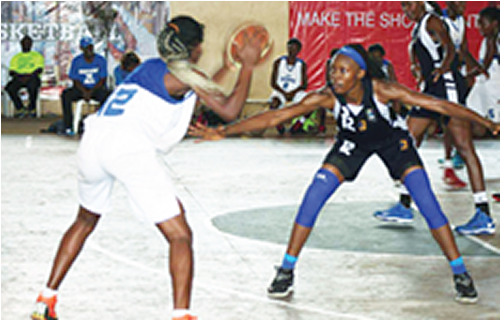 The two Lagos- based clubs are the leading teams in the league and the game lived up to its billing as both side ran neck-to-neck with First Bank winning the game in the closing stages. Most of the players in the game were rookies but they showed great potentials.

When both sides met in the first round, First Bank ran away with a 13 point victory and they were also four points better than Dolphins when they clashed in the Eko Basketball League. Yesterday’s win makes it three for First Bank over their rival this season.

At the end of the game, the First Bank players celebrated their hard earned-victory but the harder part of their job will begin in the next stage of the tournament.

Dolphins’ coach, Peter Ahmedu commended his player for the progress they have made despite the loss and said his team would continue to get better.

He stated that his team was work-in-progress with over 90 per cent of the players making their debut this season. He assured that they would do well at all times, while noting that the harder task begins at the final eight stage.

You must be calm to beat Ruiz,  trainer tells Joshua