By Our Reporter Last updated Jun 2, 2019 0
Nigeria's flying Eagles are through to the final 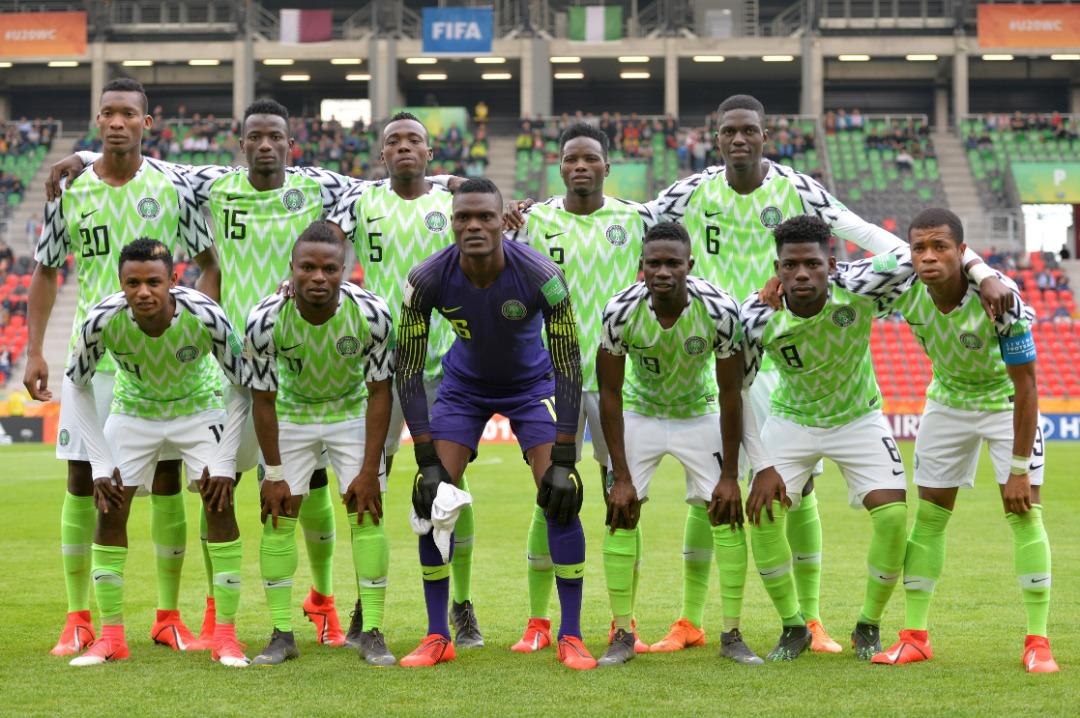 Senegal, second at Africa’s continental tournament in Niger Republic earlier in the year, where Nigeria finished fourth, topped Group A in Poland to reach the Round fo 16, with Nigeria just squeezing through as one of the best four third-place finishers.

However, the good old cliché says football is no mathematics and anything can happen when eleven players oppose another set of eleven players. Even at the tournament in Poland, one can reflect on the group stage elimination of a skilful and cohesive Portuguese team after being forced to a draw by homeward-bound South Africa, just as Norway, who pounded Honduras 12-0, left the tournament on the same day as their victims.

Coach Paul Aigbogun has close to a full squad to choose from, meaning tall defender Valentine Ozornwafor would be back at the heart of defence to partner Aliu Salawudeen. But midfielder Jamil Muhammad, who picked up a knock in the loss to USA on Monday last week, is out of the tournament proper. Ayotomiwa Dele-Bashiru could return to link up with Kingsley Michael in midfield.

All goalscorers from the 4-0 thumping of Qatar on the opening day – Maxwell Effiom, Ikouwem Utin, Dele-Bashiru and Aliu Salawudeen – as well as striker Tijani Muhammed who restored parity from the spot against Ukraine on Thursday in Bielsko-Biala, are all fit to try and chisel Senegal to bits.

On arrival in Lodz on Saturday, the Flying Eagles did an inspection of the Stadion Widzewa, before settling down for training. The team also trained on Sunday evening ahead of the clash with the Junior Lions of Teranga.

Read Also: Round of 16: Flying Eagles To Face Senegal on Monday

Monday’s encounter will kick off at 7.30pm Nigeria time.

Reyes to be buried Monday as Police begin investigation

Alli: Nobody spoke in the dressing room after UCL defeat