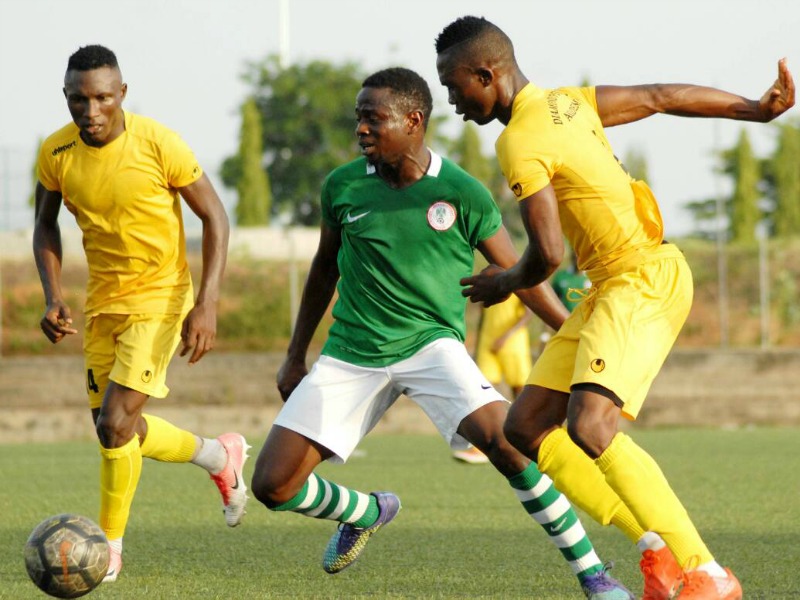 Nigeria’s U-20 national team have been confirmed to tackle Nigeria Professional Football League (NPFL) side, Nasarawa United in a friendly game on Friday.

Only on Wednesday, the Flying Eagles were held to a goalless draw by NPFL club, Katsina United also in a friendly at the Muhammadu Dikko Stadium in Katsina.

Friday’s friendly which will be played at the FIFA Goal Project will be the team’s fifth ahead of their Africa U-20 qualifying match against the Young Djurtinhos of Guinea Bissau this month.

The first round fixture will be played between May 11 and 13 in Bissau with the return leg a week later in Nigeria.

Head Coach, Paul Aigbogun has promised to assemble the best players for the first leg encounter after Nigeria failed to qualify for the last edition in Zambia. Nigeria were knocked out by Sudan in the final round.

Whoever wins the first round will progress into the next round of the qualifiers.

The U-20 Africa Youth Championship which serves as the FIFA World Cup qualifiers will be staged in Niger in 2019.