Sportinglife.ng rates the performance of the Flying Eagles players in Tuesday’s 0-0 draw with the Amajita of South Africa in their second Group A clash of the U-20 Africa Cup of Nations at the Stade General S. K. in Niger.

OLAWALE OREMADE 6/10
The lanky goalkeeper did not have much to do throughout the match. 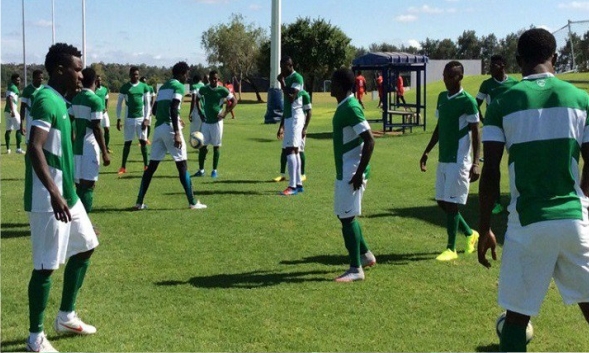 IGOR OGBU 6/10
He had a good understanding with Ozornwafor

MIKE ZARUMA 5/10
He should have done better having found himself in good positions.

MUHAMMAD JAMIL 5/10
Had a quiet afternoon but was surprisingly left on the pitch for the entire duration of the game.

IBRAHIM ABUBAKAR 4/10
Not his day as well.

NAZIFI YAHAYA 4/10
Also marked out by the South Africa defence.

PASCAL DURUGBOR 4/10
Didn ‘t do much as replacement for Afeez Aremu.