FLOYD MAYWEATHER has congratulated Cristiano Ronaldo and Lionel Messi after it was revealed they were the highest-paid athletes of the decade. 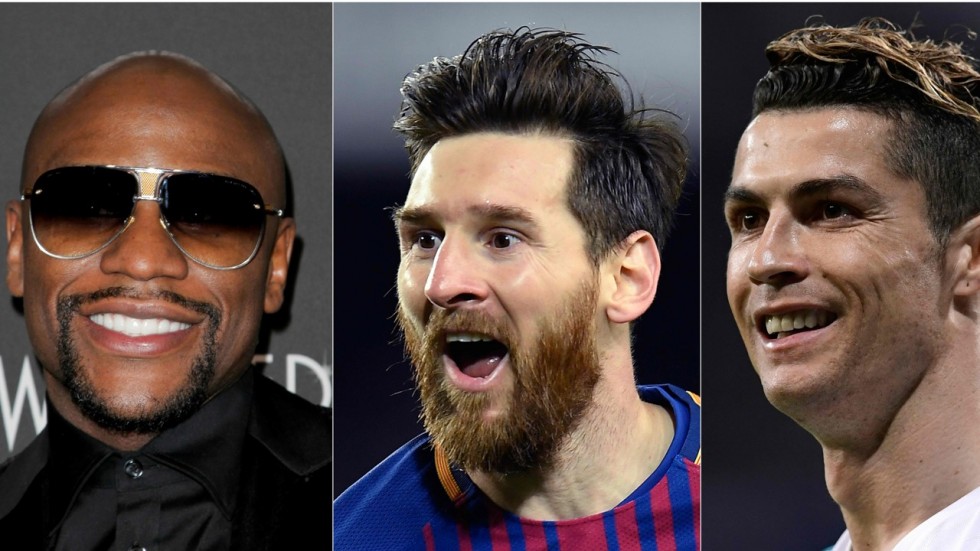 American lifestyle magazine Forbes counted down the top ten richest athletes of the 2010s and the Money Man came WAY out on top.
The boxing icon, 42, earned an eye-watering £706MILLION ($915m) from his boxing career in the last ten years.
But Mayweather was also arguably the least active athlete on the list, fighting just ten times in the decade – the last of those coming more than two years ago.
The American retired in August 2017 after his blockbuster match with MMA superstar Conor McGregor.
That highly-anticipated match was the richest in boxing history, earning Mayweather an estimated $300million.
His fight with Manny Pacquiao, which came in May 2015 after years of posturing, also netted Mayeweather close to $200m.
Mayweather ended his career with a perfect 50-0 record, and in the 2010s also had memorable fights with ‘Sugar’ Shane Mosley, Saul ‘Canelo’ Alvarez and Miguel Cotto.
On social media, Mayweather wrote: “Congratulations to every athlete on this list!”
Two of football’s greatest ever players were second and third on the Forbes list.
It was Ronaldo who edged in front of his great rival, Messi, earning an estimated £617m ($800m) over the decade, compared to £578.5m ($750m) for the Argentinian.
Ronaldo’s profile off the pitch is second to none, with the Portuguese commanding huge endorsement deals and gaining massive followings on social media.
Indeed, he has the highest number of followers on Instagram and Facebook.
Messi, meanwhile, is content to earn a huge wage for his stellar performance on the pitch – no salary is higher that what the Barcelona No10 picks up every week at the Nou Camp.
In fourth place is basketball legend LeBron James with a salary over the decade of £524.5m ($680m).
The Los Angeles Lakers star is another who earns more from endorsements than salary.
Tennis legend Roger Federer is fifth, ahead of golfers Tiger Woods and Phil Mickleson.
Mayweather’s great rival Manny Pacquiao was eighth, ahead of James’ fellow NBA star Kevin Durant.
Lewis Hamilton, in tenth with earnings of £308.5m ($400m), is the only racing driver and the only Brit in the top ten.

read also; Mayweather gifts daughter G-wagon valued at £150,000 at Xmas
Further down the list, Serena Williams is the only female athlete to break into the top 40.
The 23-time Grand Slam winner earned £165.8m ($215m) over the decade.

Barcelona to resume Neymar pursuit in 2020