Wikki Tourists of Bauchi have confirmed the employment of former Enyimba coach, Usman Abd’alla.
The coach replaced Garba Ibrahim who was sacked by the club along with the entire coaching crew. 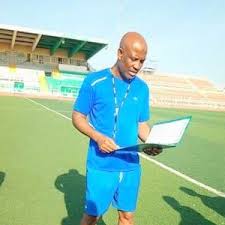 Though, the official statement from the club signed by the team media officer, Nasir Kobi did not state the reason for the sack of the entire coaching crew but it may not be unconnected with their 1-2 home loss at the Abubakar Tafawa Balewa stadium on Sunday in their match-day 14 tie against Sunshine Stars.

All the newly appointed coaches have resumed duties on Monday with immediate effect.

Wikki Tourists are in the 13th position with 16 points.

Others appointed are Haruna Abubakar new Goalkeepers Trainer and Dantani Yahaya as Trainor 2. Other Technical Crew members affected and also redeployed to the sports council are the Chief Coach Bashir Sale,and Wada Jibrin Trainor while Bala Mohammed the Goalkeepers Trainer being a contract staff with the club was disengaged. All appointments are with immediate effect.

“The new Technical Adviser is expected to commence training with the team today 13/1/20 at the Abubakar Tafawa Balewa Stadium.”