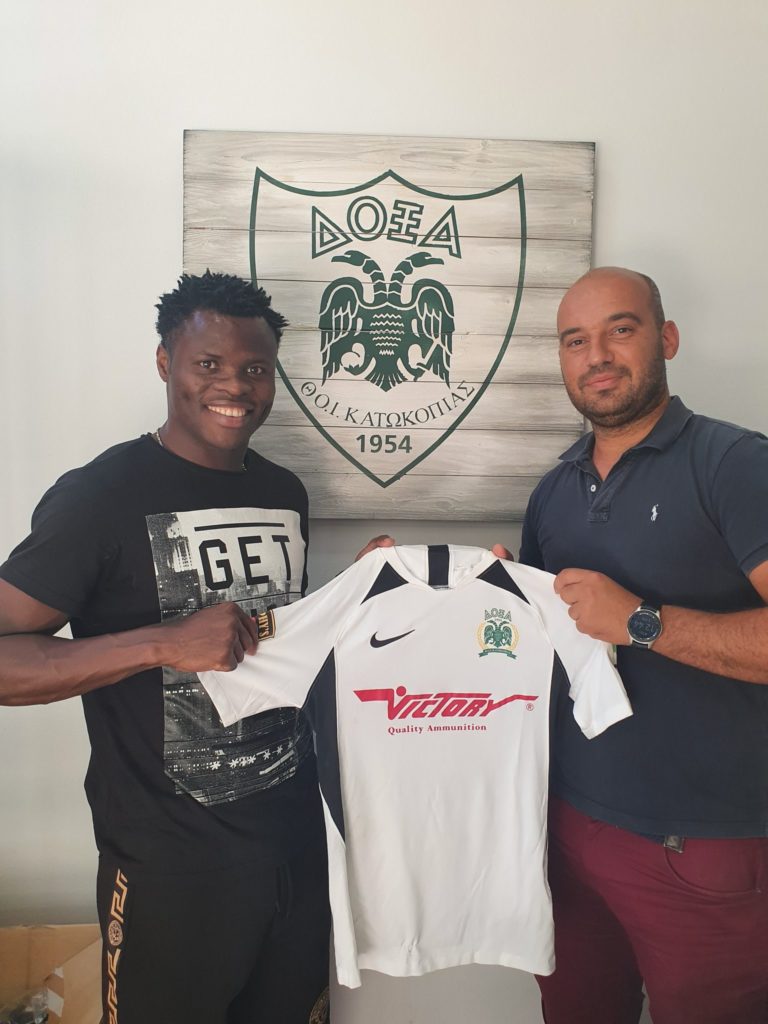 The 35-year-old who has transversed the length and breadth of Europe plying his trade was unveiled today (Friday) by Katokopiaswas who believe his arrival would add value to the club.

Before pitching tent with Katokopias, Taiwo was with Finnish club Rovaniemen Palloseura where he made 60 appearances and scored two goals in the 2018/2019 season.

His best days were at French Ligue 1 side, Olympic Marseille that he moved to at the age of 20 years from Nigeria Professional League side, Lobi Stars of Makurdi, spending six years and amassing a total of 17 goals from 192 appearances in 2015.

Regarded as one of Nigeria’s left backs,  Taiwo was brought in to fill the void left by Bixente Lazarazu when he left for Bayern Munich.  read also: Keshi’s ‘dirty deals’ forced me out of Super Eagles – Taye Taiwo

He has also played for AFC Eskilstuna, Lausanne-Sport, HJK, Bursaspor and Dynamo Kyviv.