She also thanked Nigerians for believing in the team even when they were a goal down.

Nigeria were at the brink of elimination until the 96th minute when Ajibade who plays for FC Robo of Lagos converted Aishat Bello’s cross at the near post to send the bench into wild jubilation and secure a 1-1 draw. 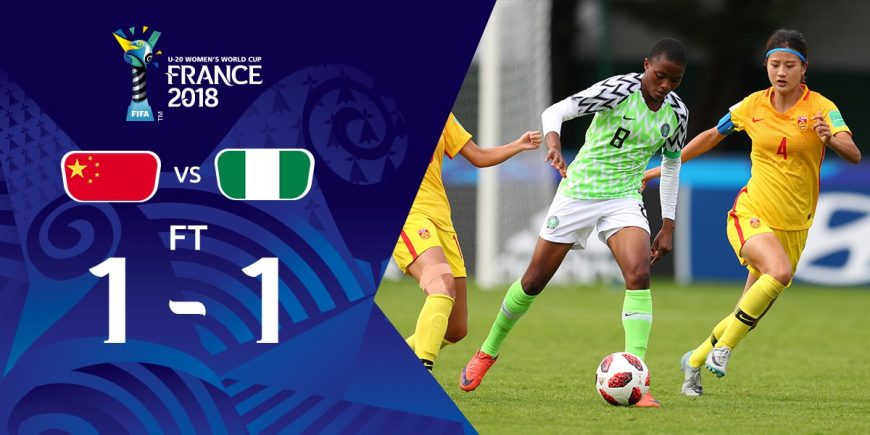 Posting her appreciation on her Twitter page after the match, Ajibade said,” “🙌🏿In God we trust.The team beleived 💯and played till the final whistle and we got the goal,which I
dedicate to my mentor Mr Emmanuel Osahon Orobosa,to go through.Thank you for all the great support and
prayers 💪🏿🇳🇬⚽️✨ #Togetherwearestronger #RA08 #U20WWC #Team9jaStrong https://t.co/fbVNIA7Vgo,” tweeted the player.

Ajibade dedicated the solitary goal to her mentor Emmanuel Osahon Orobosa for his support and words
of encouragement that pushes her on.

The Falconets will face free scoring Spain who topped group C on Thursday after playing a 2-2 draw against the United States of America who failed to qualify.

China drew the first blood in the 41st minute through the diminutive Linyan Zhang four minutes before half-time.

ITTF Fallout: My wife is my inspiration– Quadri