Indomitable Lionesses of Cameroon Friday claimed the last African ticket for the 2019 World cup in France after beating Les Aiglonnes (Female Eagles) of Mali in the third place match of the African Women Nations cup in Ghana.

Both teams failed in their bids to play in the finals and had to battle to the finish to see who gets the last ticket for the world cup.  Nigeria and South Africa had earlier picked the first and second slots after qualifying for Saturday’s finals where reigning champions will emerge.

The Lionesses who were disappointed after losing in 4-2 on penalties in the semifinals to Super Falcons, had smiles return to their faces on Friday after picking the last world cup ticket incidentally beating Mali by the same margin.

Cameroon who had beaten their opponent during the group stage of the competition raced into a two-goal lead after Therese Abena found the back of the net in the 32nd and 40th minute respectively.

Mali however pulled one back before the break through Fatoumata Diarra before getting on level terms in the second half when Marie Aurelle turned in a cross against her own ‘keeper. 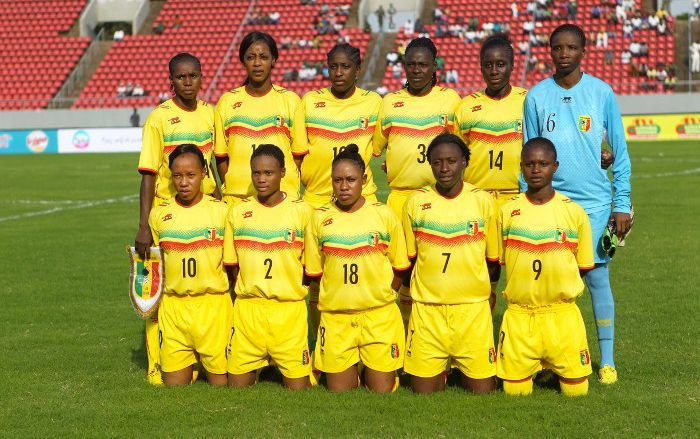 However, Aboudi Onguene produced what might turn out to be one of the best goals of the tournament from long range to beat the Malian goalkeeper and put Cameroon back in front. Captain of the Lionesses skipper Christine Manie produced the icing on the cake with another long range effort from a free kick.

This will be the second time the Lionesses will be at the World cup.  Their first outing was at the 2015 edition in Canada where they crashed out in the round of 16.

They did not qualify for the maiden edition in 1991, withdrew from the 1995 edition