Soccer great Peter Fregene’s wife is seeking a lifeline for her ailing husband. 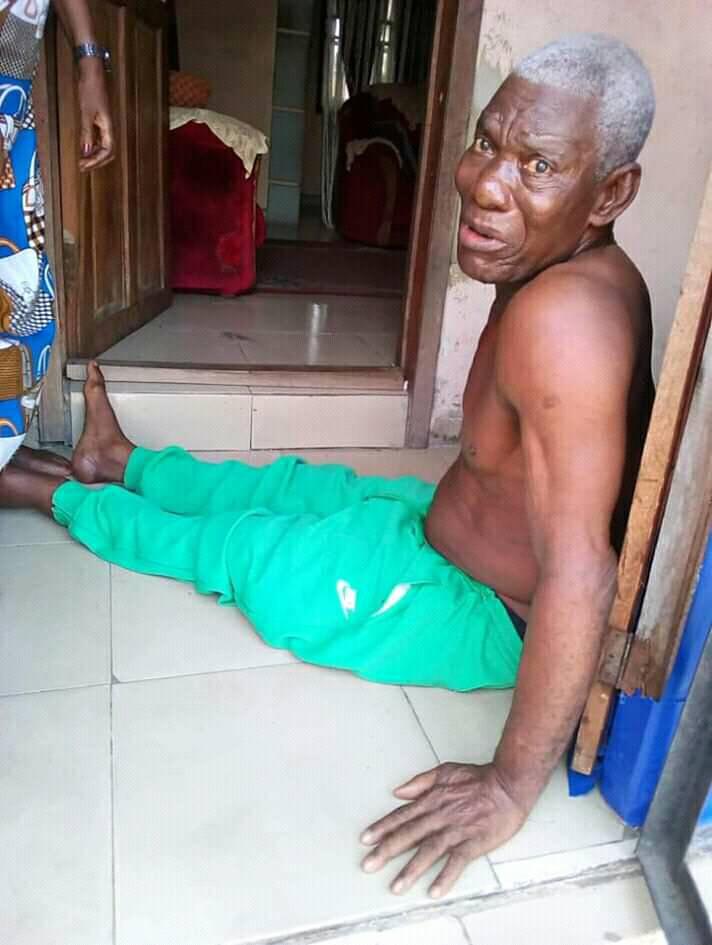 The former Green Eagles first choice goalie has been battling stroke for 18 years.

An emotional Mrs. Tina Fregene told The Nation last night that her husband requires help urgently to save him from dying.

According to her, the condition of the 71-year-old man got worse 12 days ago. A photograph of Fregene being fed on his bed surfaced online recently.

“His condition is bad; he is bed-ridden and he moves on his buttocks or supported to move around the house and when he makes such movement, it is always energy-draining for both of us”, her wife said.

She stated that the ailment has taken its toll on the meagre family resources, hence the need for Nigerians to rally round for his treatment.

Mrs. Fegene said: “He has been ill since 2001 and it has been a battle keeping him alive because of the money needed for his treatment.

“Former Lagos State governor Babatunde Fashola took him to Lagos where he had an operation but it has been hell since then because we couldn’t get more funds to continue his treatment.

The former Delta State governor, James Ibori, also funded his treatment at the University of Benin Teaching Hospital (UBTH) during his tenure. Apart from these, no further help has come our way.

“I want the Federal Government to help us because my husband served this nation meritoriously for many years. He and many of his colleagues played for fame because football wasn’t as financial lucrative as it is now.”

Though Mrs. Fregene could not say how much would be enough to get save her husband’s life, she, however, called for assistance from well-meaning individuals, noting that many former stars were down with one form of illness or the other.

She said: “I will also use this opportunity to appeal to Nigerian to show my husband compassion because I am sure he put smiles on the faces of football lovers during his active days.

“He is a legend just like many former stars, who retired without making much money and are currently battling illness. They are now retired, sick and can’t do anything for themselves.

“It is painful that no help has come despite our plea but with God on our side, we will surely get assistance.”

When The Nation demanded to chat with Fregene, the wife said he was resting due to the insomnia he experienced the previous night.

The Delta State-born footballer was a member of the Nigerian team that participated at the 1968 Olympics in Mexico City.

Two years after Fregene was in the Green Eagles squad that defended the 1980 Nations Cup in Libya.

Berahino arrested for drink-driving while escaping from robbers

Wolves held to goalless draw at home by Burnley

Wolves held to goalless draw at home by Burnley