Nigeria’s Victor Osimhen is on the verge of moving over to France in what promises to be a mouthwatering deal.

The Charleroi of Belgium winger who is on the radar of English Premier League side Southampton is also being chased by LOSC Lille who have become favorites for his signature according to Get French Football News.

The former junior international, who signed for the Belgian side following his loan from Wolfsburg, enjoyed a fine campaign last season, netting 20 goals and four assists in all competitions. 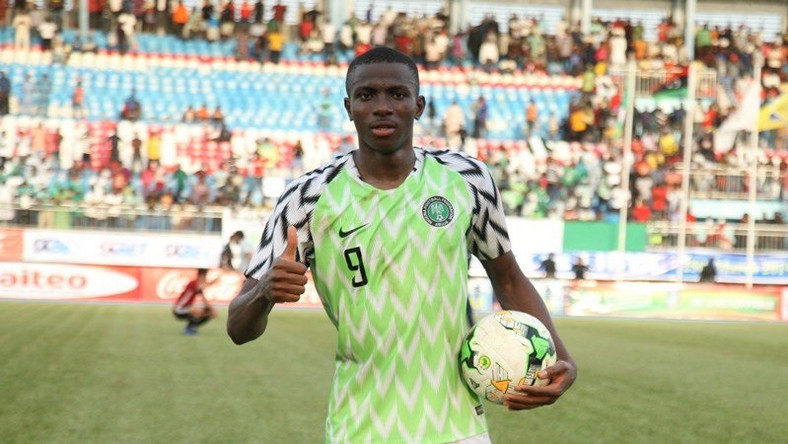 Osimhen who has been included in Super Eagles 25-man provisional squad to the 2019 Nations cup in Egypt has attracted attention from a number of European sides with his pace and skill cited as major attraction.

Lille, who are looking to find a possible replacement for Nicolas Pepe, are said to be in pole position grab the 20 year old.

Hope is not completely lost for the Saints though, as Lille are said to weighing up an offer for Watford winger Dodi Lukebakio before they make final decision on Osimhen.

Charleroi have put the value of the Nigerian at €10million (about N4billion) and Saints can still swoop in with a bid before the French side make up their mind.

Osimhen made 14 Bundesliga appearances before heading for Charleroi. Osimhen who won impressive awards while playing for Nigerian U- 17 side will be hoping to equally prove himself when Nigeria confronts group opponents, Burundi, Madagascar and Guinea at the Nations cup in Egypt later in the month.