Does the name Axel Charles Bale (ACB) ring a bell?  May be yes, maybe not! Well, he is the son of Real Madrid forward Gareth Bale who was delivered this morning. 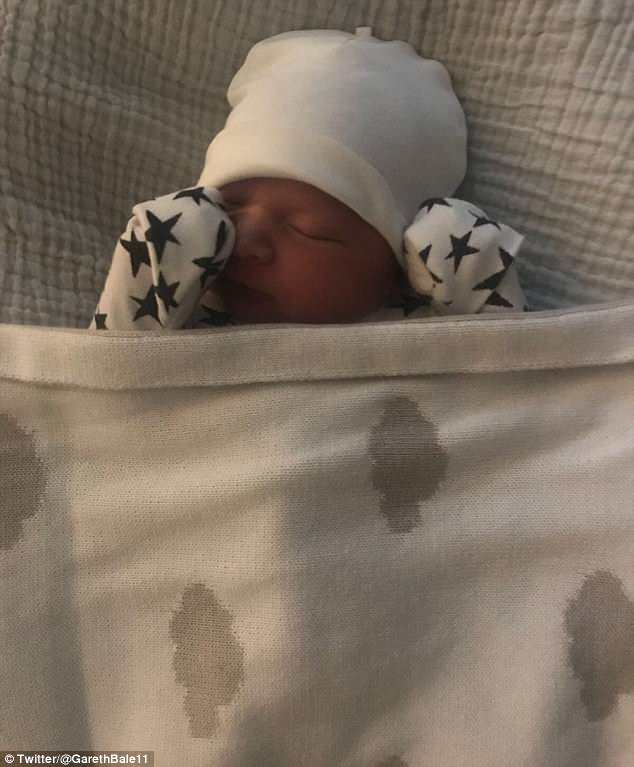 The new arrival has not only arrived early enough ahead of the UEFA Champions League that will see Real Madrid take on Liverpool in the final in Kiev, but is already a Champions league mood with all dressed for the occasion.

The 28-year-old, who has two daughters – Alba Violet, five, and Nava Valentina, two – with long-term partner Emma Rhys-Jones, became a father for the third time on Tuesday morning.

He wrote: ‘We are delighted to welcome a baby boy into our family this morning. Axel Charles Bale 08.05.18.’

Bale uploaded a picture of his son with the post and looked like he had dressed him in an adorable Champions League-themed babygro as it was white with stars – similar to the logo. 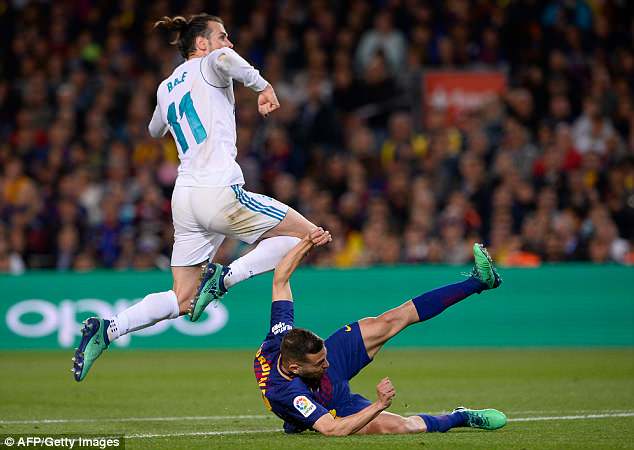 The former Tottenham star will be hoping with the support of his new baby son, to secure his third Champions League gong in succession with Real Madrid later this month against Liverpool.

Bale has been used sparingly in this season’s Champions League with boss Zinedine Zidane preferring to use Isco and Marco Asensio.

But the Welsh forward has given himself a good opportunity to claim a starting berth in Kiev after reminding everyone of his ability to deliver spectacular goals on big occasions at the weekend.

Bale starred in a fiery El Clasico by scoring a late equaliser from just outside the box to earn Madrid a point after Cristiano Ronaldo had hobbled off at half-time with an injured ankle.

The Portuguese star is due to have a scan on it this week but Zidane confirmed after the match it would not threaten his place in the final.

Ronaldo will be fit for UCL final–Zidane