Nigeria international Sadiq Umar has revealed that he joined Glasgow Rangers because of ex-Liverpool captain Stephen Gerrad who is now the coach of the Scottish side. 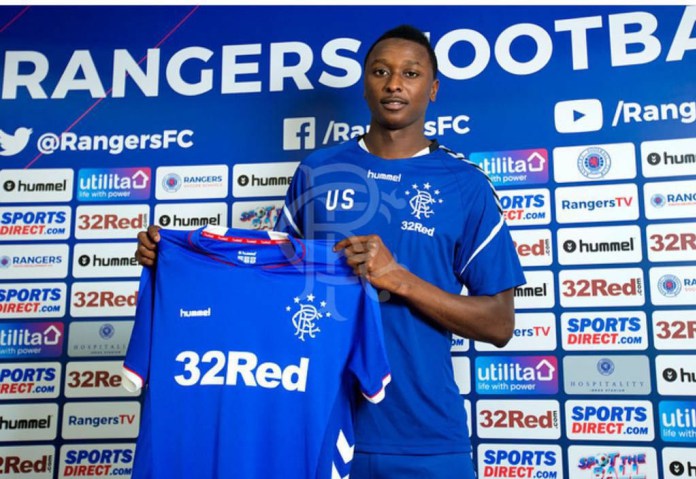 “The plan was to stay in Rome this season but when Steven Gerrard calls, you can’t say no.

“You don’t have to think twice when someone says that to you.” Sadiq told RangersTV.

Sadiq joins Rangers on a season-long loan from Roma though subject to international clearance and would be the ninth signing for the club ahead of the new season.

The 21-year-old striker, who won bronze with Nigeria at the 2016 Olympic Games in Rio de Janeiro, has scored twice in six appearances for Roma since joining the Italian club from Serie B side Spezia in 2015.

Sadiq has spent the majority of his Roma career out on loan and has enjoyed spells at Bologna and Torino, as well as Dutch side NAC Breda, where he scored five goals in 12 games last season.

I’m ready to give my best for Locomotiv Moscow-Idowu