Steven Gerrard was glad to see a “void” at Rangers quickly filled by a new sporting director at Ibrox.
Ross Wilson left Southampton to take up his new role with the Govan club earlier this week.

The 36-year-old, who started his career at Falkirk before moving to Watford and Huddersfield, replaces Mark Allen, who announced last month he was leaving Ibrox for family reasons.

Boss Gerrard is happy that the disruption was kept to a minimum.

“I’ve had two or three really long conversations with Ross that will remain private,” he said. 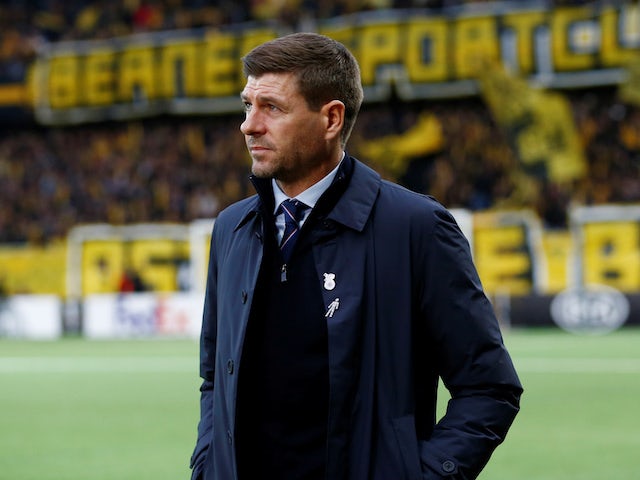 “I am pleased that the club have acted quickly to replace Mark Allen because there was a void there.

“Mark has done a fantastic job and in the weeks he has been missing I certainly have felt a void.

“Mark was a rock for me and I bounced off him every single day.

“So I have to give the club credit for acting quickly and finding a replacement and I am really looking forward to working beside Ross.

“He has done a fantastic job at Southampton. It has given me time to find out more about him, how he works and have some really detailed conversations so we can’t wait to start the relationship.”

Gerrard was speaking at the club’s training ground just before picking up his Ladbrokes Premiership manager of the month award for September, with striker Alfredo Morelos winning the players’ award.

Following their 1-0 home defeat by Celtic at the beginning of the month, the Light Blues won their next three league games, as well as enjoying a 1-0 Europa League win over Feyenoord at Ibrox and a 1-0 Betfred Cup quarter-final win at Livingston.

Rangers lead Celtic at the top of the table by two points and travel to face Hearts at Tynecastle on Sunday.

The former Liverpool and England captain is looking for his side to maintain their good form following the international break.

He said: “We’ve got Ryan Kent and Jon Flanagan back in the group and Ryan Jack as close as we can but when you are in a good moment, good form, I suppose from that point of view the break came at a bad time.

“It is important that we carry on where we left off and try to keep that consistency going because we are certainly in good form.”