The Ghana Olympic Committee (GOC) and Ghana Football Association (GFA) have come together to try and inspire the nation to sporting success. 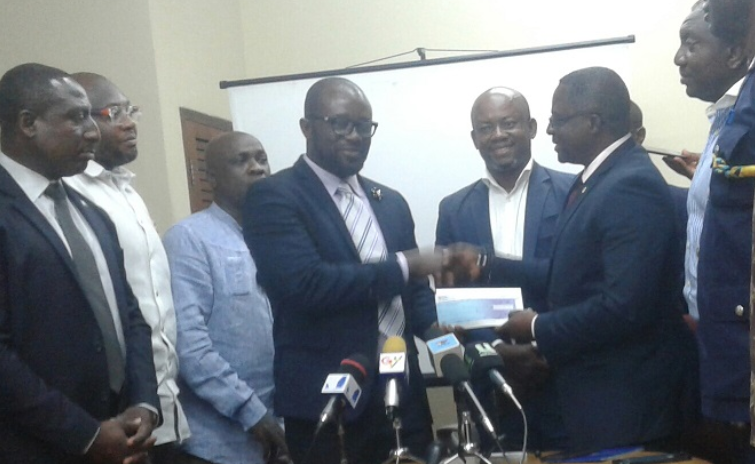 The Olympic football team, the Black Meteors, are seen as a key factor in the country’s profile, with the upcoming Under-23 Africa Cup of Nations (AFCON), starting on Friday (November 8), offering a pathway to next year’s Olympic Games in Japan.

“Sport is the only thing that currently unites the country and we as leaders in our various sporting disciplines must take decisions beneficial to all of us,” GOC and Ghana Weightlifting Federation President Ben Nunoo Mensah said.

“So, I would want to congratulate you and your team and I hope that the unifying factor of football would reflect in your leadership.”

Mensah also encouraged the GFA to initiate the sporting club concept among bigger clubs to try and grow other sporting activities, including tennis and basketball.

“The Football Association and GOC have a lot to do for the entire sporting populace,” Okraku said.

“I believe if we should think outside the box, we would have a lot of working areas to co-operate for mutual benefit.

“As the qualification for the Olympics continue, I believe we must co-exist and make our country very proud and I pledge my support for your administration,” Okraku concluded.

EPL: Lampard returns to drawing board for Palace coup